Last month Monger suffered a horrific British Formula 4 crash at Donington Park that led to the amputation of both his lower legs.

The fundraising appeal set up by his race team JHR Developments has raised more than £800,000 for the teenager, who turned 18 earlier this month.

Inaugural Formula E champion Nelson Piquet Jr and frontrunner Jean-Eric Vergne have organised a kart race to try and raise £20,000 for the cause.

It will be held on Thursday evening before this week's Paris ePrix at Vergne's RKC Karting Paris circuit.

Fans are invited to donate a minimum of £20 here to enter a draw to win one of the entries to the event, which has been named Racing For Billy.

Each team will comprise one Formula E driver and two 'lottery winners' - not all the drivers are able to attend, but Piquet told Autosport the majority would take part. 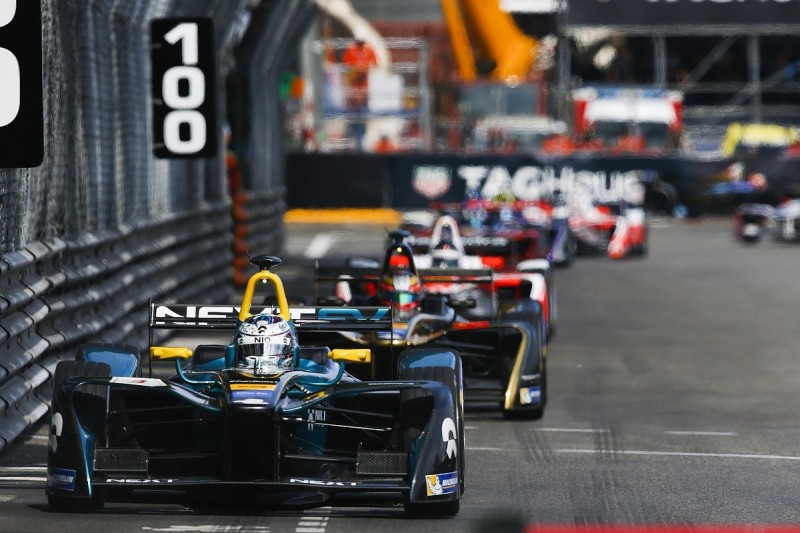 "Among the drivers we thought it was something good to do, for the whole community to come together," he explained.

"This can happen to everybody, and every time it does this kind of support is what everybody needs.

"It doesn't cost us anything to try and help - his life has been changed.

"We're thinking about doing other things but this would be the first step."

Organisation of the event has accelerated quickly, with Piquet and Vergne - who collided with one another during the Monaco ePrix - first discussing the idea last week.

Monger has received an outpouring of support from the motorsport community, with multiple championships across the world - including teams and drivers in Formula 1 - adopting a variety of #BillyWhizz stickers and displaying other visible messages of support.

In Monaco last week Formula E teams added stickers to their cars while all 20 drivers were presented with a photo of Monger in F4 action by Autosport to sign to give to the youngster as a gift.