The 33-year-old Brazilian races for the Audi Sport Abt team in FE but has made it clear his motorsport interests extend well beyond his driving career.

As well as taking up the role of CEO of driverless racing initiative Roborace, di Grassi has championed safety improvements and urged motorsport as a whole to consider its place in a changing world.

He told Autosport that "of course" he would be interested in a motorsport leadership role in the future, including pushing for a place at the top of the world governing body.

"I love my sport," he said. "I have sometimes a very different view from other people.

"That showed up when we started Formula E, that showed up a bit with my views on the WEC when I said that LMP1 was not sustainable the way it was going - five years ago when I joined WEC, actually - and with Roborace.

"I would love to help the sport, I'd love to make it more exciting, make races better, make everything safer and at the same time, fight this wave that is pushing motorsport backwards with less categories, more financial problems, less sponsors.

"Of course I would do that, but I'm still young.

"If I think it's the correct way, and if people would like to share my ideas, I'm more than happy to do so." 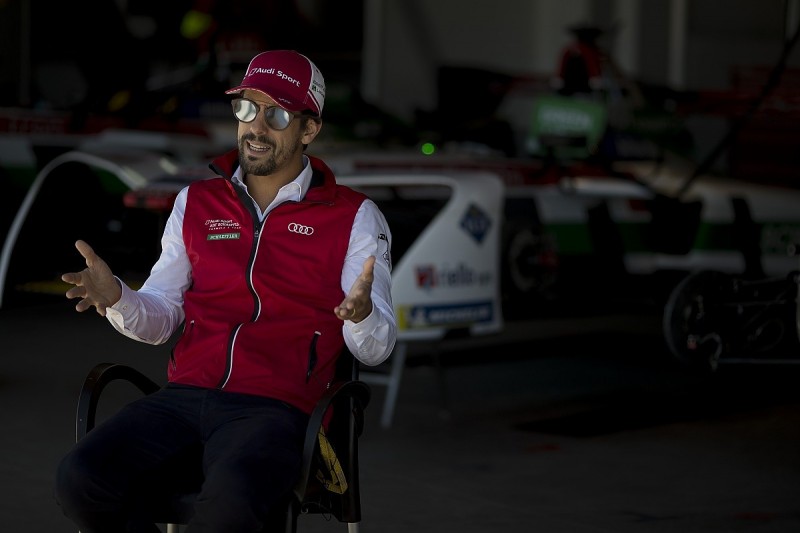 If any driver is going to carve out a successful career in racing politics it's Lucas di Grassi.

Di Grassi is an intelligent person, educated in economics at Brazil's prestigious IBMEC business university and a member of high IQ society MENSA. He is at the heart of FE's genesis, and now doing the same with Roborace.

His driving and his off-track tactics, such as playing mind games with arch-rival Sebastien Buemi, have been divisive at times in FE, but few considered him anything other than a deserving champion last season.

He shares his views openly and eloquently and doesn't just look at the big picture - he considers alternative ways to create it.

Like he told Autosport about Le Mans: "Imagine, a guy doing a stint and the AI doing another stint - a combination of human and autonomous, which, I think, is the future of the sport."

Who says stuff like that? Few drivers, if any.

When champions become ambassadors, they can, by accident or design, be little more than putting a well-known face to a corporate or political name.

Di Grassi is one of the few drivers who would almost certainly offer more.

Why FE's red-hot favourite is on the ropes

Mahindra will use Pininfarina to match big Formula E rivals