The opening round of season five will be the first in FE history not to feature a mid-race car swap due to the Gen2 car's greater range, with the machine also having higher peak power than its predecessor.

In an attempt to guarantee on-track action with no need for pit strategies, the 2018/19 race format will feature FE's attack mode concept, which allows drivers to use an extra 25kW of power at certain pre-determined times throughout the race.

"[It's] very important for the first race with the Gen2 cars to be exciting," Agag told Autosport.

"[But] first it's important for all the cars to work - it's new technology again, new batteries and so on - but testing is proving very good.

"It will be a completely new era for Formula E with the attack mode and all the new race formats. We will be testing a lot of new things, which makes it more exciting."

The inaugural Ad Diriyah ePrix on December 15 will be the season five opener, and Agag explained that the race's organiser is building the track with passing action in mind.

"They're re-doing all the streets so it's going to be very large - plenty of opportunities for overtaking," he said.

"It has a very interesting section of [fast and flowing] corners - that never happens in Formula E.

"You have like six corners one after the other that will almost be done flat out - that will be very tricky to do a good lap time." 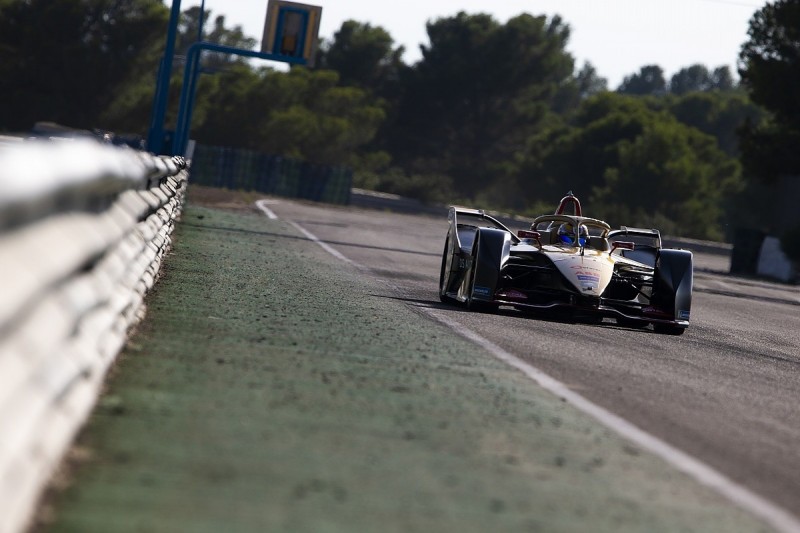 DS Techeetah driver Andre Lotterer is looking forward to racing the new Gen2 machine, which he says "feels more like a race car" than the outgoing Spark-Renault SRT_01E.

"The season five car, in terms of driving, already feels more connected - the front and rear, it feels more like a race car," Lotterer told Autosport.

"You have less unpredictable situations and under braking also it helps us a lot with the brake-by-wire.

"The brakes, the quality is also better, and tyres have a little bit more grip.

"So in terms of driving it's a bit easier with everything but there are other things that are challenging technically, I think programming everything correctly is a much bigger challenge."

The triple Le Mans winner, who claimed that he now "loves FE" after his debut season in the category, also hailed the driving challenge presented by the intricacies of racing electric cars.

"I really enjoy this because the driver can make a lot of the impact," he said.

"The battles, the drama on track is full on. It's quite intense and I completely didn't see that coming into this but to put us all into narrow walls and manage everything and try to overtake each other, it's super challenging."