The Mahindra driver defeated championship leader Sebastien Buemi by less than a tenth of a second in a close superpole session at the airport venue.

Much warmer conditions compared to Saturday meant qualifying took place with track temperatures 10C higher at the start, but they did not increase as much throughout the session.

That helped Saturday's race winner Rosenqvist, who topped the first qualifying group but only just held on to a place in the superpole session as those running later improved.

He ran first in the shootout, where his 1m08.208s was good enough to defeat Buemi by 0.098s. Jose Maria Lopez and his DS Virgin Racing team-mate Sam Bird will share the second row.

Lopez ended up a couple of tenths clear of Bird, who had topped the group stage and was only 0.002s slower than Rosenqvist through the opening sector before his lap gradually fell away. 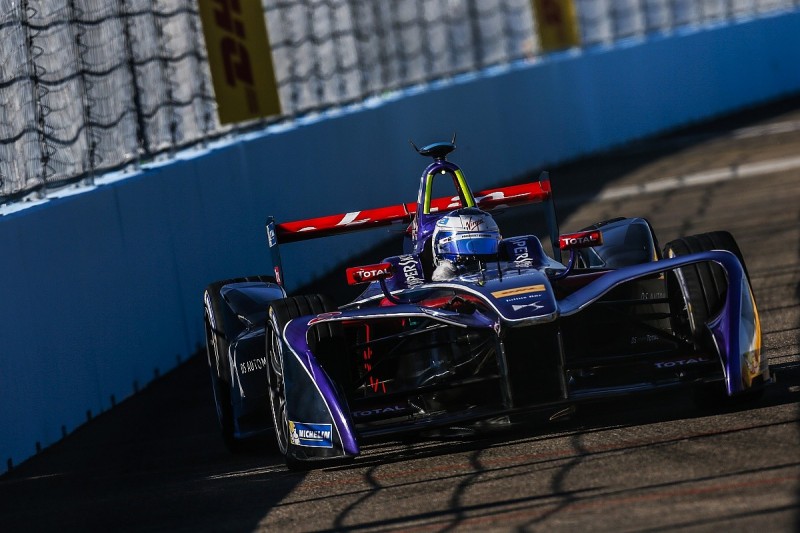 Jean-Eric Vergne was slowest of the superpole runners and will start fifth after a scruffy lap that would only have been good enough for 18th in the group phase.

Oliver Turvey just missed out on the top-five shootout, although sixth place was mighty compared to his NextEV team-mate Nelson Piquet Jr, who was a second slower and down in 18th.

Saturday poleman Lucas di Grassi could only managed seventh this time, and will share the fourth row with his team-mate Daniel Abt.

Mitch Evans produced another head-turning qualifying performance in ninth, 10 places ahead and 1.2s faster than his Jaguar team-mate Adam Carroll.

While Rosenqvist is now eyeing a clean sweep of Berlin victories, his team-mate Nick Heidfeld will do well to even score points.

The German did not do a full-power lap in qualifying after a suspected sensor problem left him without full throttle, and he will line up last for the second part of the double-header in his home country.