Formula E Berlin: Abt takes home pole but under investigation

Audi's Daniel Abt claimed a home Formula E pole at the Berlin E-Prix ahead of Oliver Turvey, but faces an investigation for a possible power infringement in group qualifying

Abt made it through to the superpole running despite having to set his group flying lap in the first cluster of five drivers to take to the Tempelhof Airport track.

The 25-year-old topped superpole with a lap of 1m09.472s, but is under investigation for reportedly activing his 200kW power setting before the start of the final sector on his group qualifying flying run, which is a breach of Article 33.3 of FE's sporting regulations.

Turvey also made it out of the first group of qualifiers and ran first in superpole, setting a time that was ultimately 0.263s slower than Abt's pole lap.

Vergne did not look likely to threaten the fight for pole throughout his superpole lap, and he qualified third after getting very close to the wall on the exit of the Turn 9 hairpin.

Jerome D'Ambrosio ended up fourth for Dragon, ahead of Lucas di Grassi, who had set the best time in group qualifying.

But the reigning FE champion was slower than team-mate Abt after the first half of his superpole lap, and lost 0.8s in the final sector by carrying too much speed into the Turn 9 hairpin, where he slid wide.

Rosenqvist, who won both races in Berlin last season before losing the second due to a time penalty, was "quite surprised" not to make superpole as he qualified sixth for Mahindra Racing, ahead of Renault e.dams driver Sebastien Buemi. 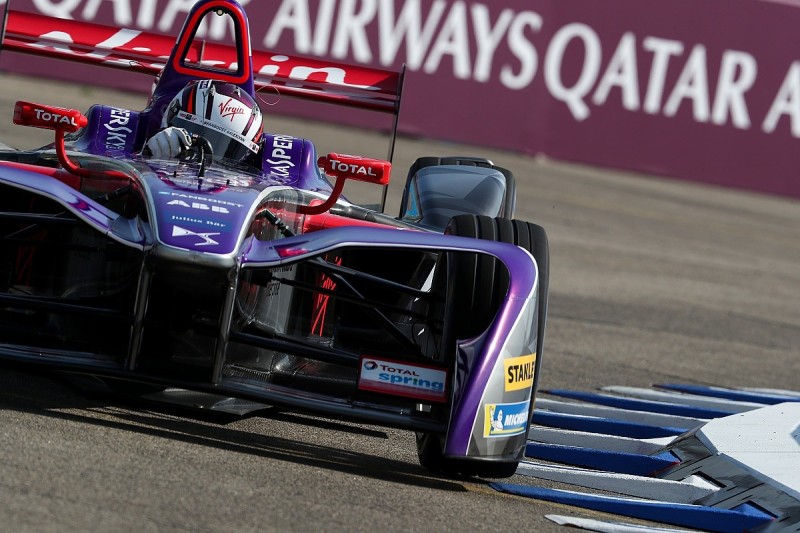 Virgin Racing's Alex Lynn was eighth, as Mitch Evans (Jaguar) and Bird rounded out the top 10.

Maro Engel will start just ahead of Nick Heidfeld in 13th, with inaugural FE champion Nelson Piquet Jr in P15.

Stephane Sarrazin qualified 16th for his first race with the Andretti squad, where he is replacing Tom Blomqvist for the rest of the 2017/18 campaign.

Sarrazin crashed at the near-circular Turns 1 and 2 complex in FP1 and explained after qualifying that he avoided pushing to the maximum on his group flying lap as he re-adjusts to the braking demands of FE machinery.

Andre Lotterer set the 18th fastest time for Techeetah after clipping the wall at the exit of the high-speed Turn 7 left-hander on his flying lap in group one.

Lotterer will start at the rear of the field as he was handed a 10-place grid penalty for causing his crash with Bird at the end of the last race in Paris.

The only two drivers to benefit from Lotterer's penalty will be Luca Filippi, who is returning to a NIO race seat alongside Turvey after he was replaced by reserve driver Ma Qing Hua for Paris, and Nico Prost (Renault).