Formula E is evaluating an Americas leg for the second half of the 2021 season and will arrange back-up venues for the Santiago, Mexico and London E-Prix, Autosport has learned

Chile is on the UK government's 'red list', meaning championship and team staff who have been in the country within 10 days of traveling to the UK would have quarantine for 10 days in a government-approved hotel upon their return.

With Mexico and the United States not currently featured on the 'red list', it would be feasible for FE to host races in those countries after the Santiago E-Prix double-header on 5-6 June before staff have to fly back to the UK.

Under the first draft of the 2021 FE calendar issued by the FIA, Santiago initially held a 16 January date with a Mexico race following immediately after on 13 February.

Both races were then postponed, and the full schedule was retracted in favour of announcing future dates in batches - with the final update due in late spring.

The 5 June slot - now held by the Santiago E-Prix - was originally at a venue that was 'to be confirmed', with a Berlin race following on 19 June before the New York E-Prix on 10 July.

Now, all three could run back-to-back as an 'Americas leg' even if FE is granted the necessary travel exemptions, which have been given for the season-opening Saudi Arabia races later this week. 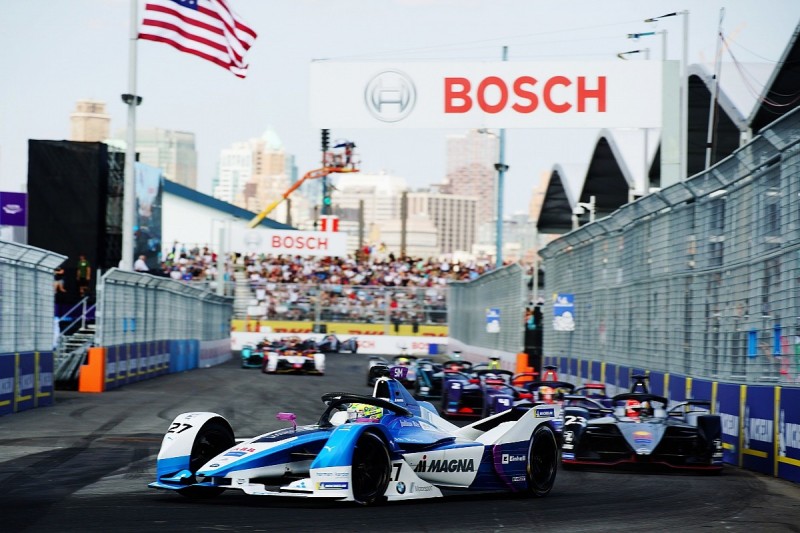 FE chief executive officer Jamie Reigle told Autosport: "We haven't announced the calendar for after Santiago, but the working plan is that we're staying on that side of the world.

"From a logistics perspective, from an efficiency perspective if we can have that 'Americas leg' in June, that would be most efficient."

The Autodromo Hermanos Rodriguez currently houses a temporary hospital, and while the Brooklyn Field Hospital in the Cruise Terminal has been closed, emergency vaccination centres have opened up in the Red Hook area.

As a result, FE is working to secure alternative race locations - with Vallelunga on standby for the Rome E-Prix also - should neither site be ready in time.

The championship is also evaluating a back-up for the London ExCeL Centre, repurposed into the Nightingale Hospital, should its planned addition to the 2021 calendar prove unviable.

Reigle added: "The challenge we've got with both Mexico and New York is those venues are currently being used an emergency vaccination centres, as is the ExCeL Centre for London.

"It's very difficult for us to project into those dates.

"What I can say is in all three of those venues, we're looking at back-up alternative tracks in those markets or in a market close by."