Marchionne revealed a move into the electric single-seater series for Formula 1's most famous manufacturer was "possible" if the series drops car swaps and offers greater technical freedom.

The Italian was speaking in a teleconference after Ferrari revealed its Q3 earnings on the New York Stock Exchange.

"The answer is yes," he said when asked if entering the series was something that had been discussed within Ferrari.

"I have agonised over with this with my colleagues here in Ferrari for quite a while.

"I'm going to give you two answers to the problem.

"If Formula E requires people to change cars during a race because we exhaust the power available within a given car, that is not something that Ferrari would naturally gravitate to.

"Secondly, the standardisation associated with the electric car is something which runs against the grain of Ferrari because otherwise it will prevent [Ferrari] from playing whatever it is that it does technically on a vehicle."

FE utilises a single-make Spark chassis, the monocoque of which is supplied by Italian firm Dallara, and series CEO Alejandro Agag told Autosport earlier this year he did not envisage the series ever becoming multi-make on the chassis side.

This is because the series first allowed teams to build their own powertrains - the motor, inverter and gearbox - for the 2015/16 season and it wants them to focus on developing electrical technology. 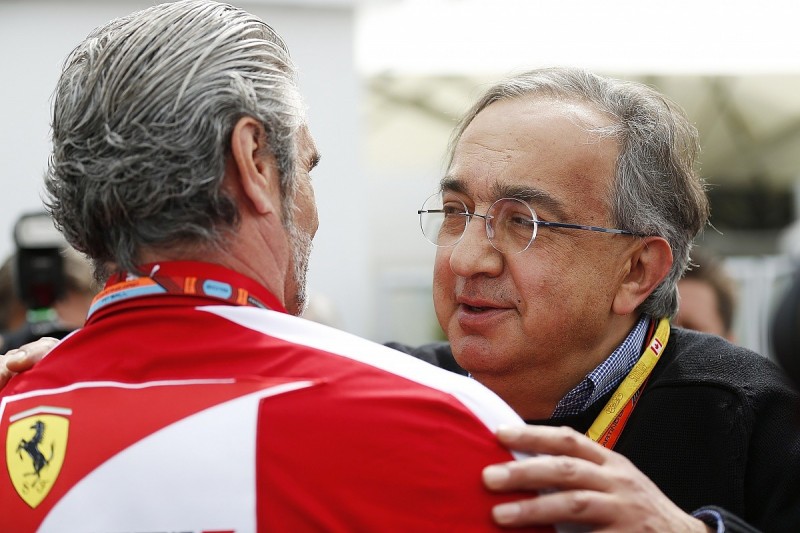 It is still FE's intention to open up battery development in the future, which would offer Ferrari another opportunity to move away from any perceived standardisation.

That is several seasons away, though, and that uncertain timeframe could be one reason Marchionne stressed that "if it were to happen it would happen a few years from now".

"It is possible that [after] some level of maturity that Ferrari would develop a unique set of skills that will make that car uniquely Ferrari, in an environment like that, but I know we are not there today," he added.

Ferrari is not the first manufacturer to be put off by FE's mid-race car swap, but that process is due to be dropped for the 2018/19 campaign, for which a new single-specification battery - supplied by McLaren Applied Technologies - will be introduced.

Its interest follows the news last month that current F1 champion Mercedes has secured an option to enter the series in 2018/19, while McLaren's engine supplier Honda revealed FE was on its radar earlier this year.

BMW and Audi are ramping up their respective involvement in a category that already boasts Renault and Jaguar among its established manufacturer participants.

The rapid growth has led Agag to slap a €25million premium on any additional entry.

Should Ferrari enter FE, it would become a window for the Italian manufacturer to showcase a new range of hybrid/electric road-car machinery that Marchionne claimed would become "mandatory" in the coming years.