A mistake at Turn 1 on his flying lap consigned Buemi to the 14th-fastest time, making the Renault e.dams driver's uphill task of overturning di Grassi's 18-point advantage even tougher.

Di Grassi made it through to the superpole and made a mistake on his flying lap in the shootout, suffering a moment at the first corner to put him fifth on the grid.

As the title rivals erred, Rosenqvist came to the fore.

The Mahindra driver is fighting Sam Bird for third place in the championship and cut the Briton's advantage in that battle to just one point with pole.

Rosenqvist's 1m22.344s knocked Jean-Eric Vergne off top spot and Bird, who ran last in the superpole after heading the group stage, fell 0.215s short of that benchmark.

Bird's effort was enough to land second ahead of Vergne, with Nick Heidfeld fourth ahead of di Grassi.

Daniel Abt was best of the non-superpole contenders and will start sixth, ahead of Tom Dillmann, Nelson Piquet Jr, Stephane Sarrazin and Jerome d'Ambrosio. 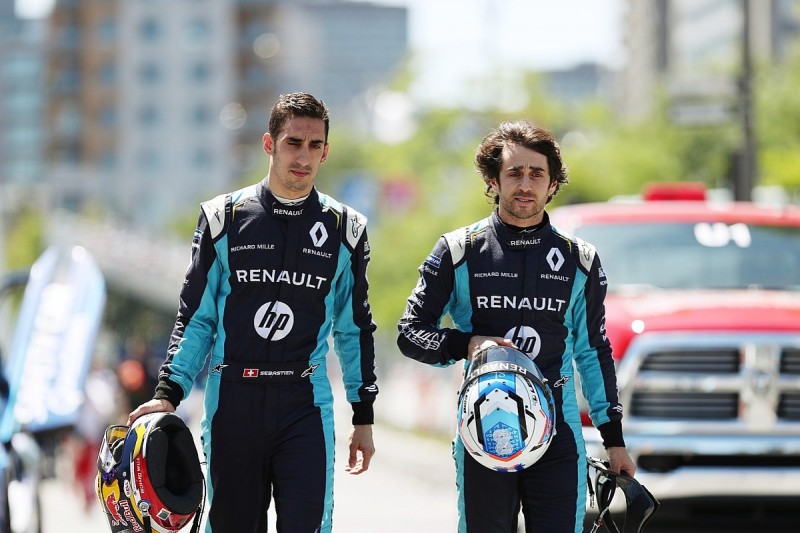 Buemi has the small reprieve of knowing he will start 13th thanks to a 20-place grid penalty for team-mate Nico Prost.

One of Prost's cars was damaged by an auxiliary battery fire immediately after Saturday's race.

The fire destroyed caballing and wiring in the motor and inverter and also damaged the car's gearbox casing.

It is believed that two 10-place penalties were given for changing the motor and the inverter.

Prost, who set the seventh-fastest time, is also likely to receive a time penalty in the race as the full penalty will not be able to be applied thanks to the 20-car entry.