FE News: 'No need' for test before season resumes despite pause

Formula E drivers and team bosses reckon the series does not need to hold a test before the 2019-20 season resumes, despite the coronavirus suspension matching the off-season break

The earliest the season can resume is July, considered by FE organisers as a 'yellow flag' month whereby there is an opportunity to race should the COVID-19 situation stabilise.

This marks a minimum of a four-month gap since the most recent E-Prix was held in Marrakech on 29 February - the same duration as the mid-July to late-November off-season.

But Jaguar team principal James Barclay told Autosport there was no need to delay the season restart any longer by instating an additional test.

He said: "The priority is about getting races back on.

"Of course, we never planned to have a test at this point in the year. Although there's been a gap, it doesn't create the need.

"Even organising a test has its complications at the moment.

"I think we can go straight back in with racing.

"I don't think there's a considerable call or need from anyone at the moment [to test]."

The off-season is split with a mid-October three-day pre-season run at the Circuit Ricardo Tormo in Valencia. There was also a rookie test in Marrakech held the day after the race.

BMW Andretti driver Alexander Sims told Autosport: "If given the option, I think most drivers would probably take [the opportunity to test], yes. 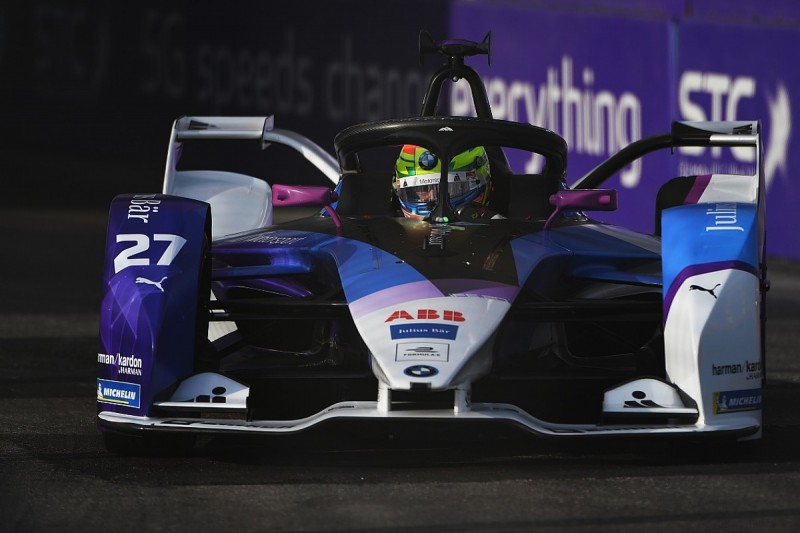 "But, equally, there have been enough times in my career where we've had a long winter break and I have had two or three months off.

"When I was young I would sort of get itchy and think 'I'll lose my speed if I don't get back into a car'.

"But when you get back in the car after three months, five laps later you're on it - it feels the same as normal.

"Those concerns [about a lack of running] aren't particularly strong for me.

FE founder and CEO Alejandro Agag told Autosport that the current 2019-20 season could be written off by October if no more races are scheduled.

Sims added: "I find it sort of weird that if you were to ask a tennis player or a footballer to not do any practice and then effectively go into Roland Garros or Wimbledon, or go into a Premier League game, most people would say 'What? You have done any training and then, boom, you're entered into a match'.

"It would seem weird, but it doesn't for some reason in motorsport."