Rosberg retired from racing at the end of his title-winning 2016 season, but remained involved with Mercedes in an ambassadorial capacity and picked up a role in his father Keke's GT team as well.

The German has already ruled out moving to FE as a driver, but was in Hong Kong ahead of the 2017/18 FE season opener on Saturday.

He was present as a guest of the series and Hugo Boss, the clothing company that has left F1 to partner FE and for which Rosberg is an ambassador.

Asked about a potential move to FE, Rosberg said: "Let's wait and see.

"I'm open to explore so let's see what the possibilities are, but I'm definitely interested.

"I know quite a lot, I have been following it. It has an amazing future, a great future.

"It is on the right track and Alejandro [Agag, series co-founder and CEO] is awesome as well so he is going to do the right stuff."

Rosberg has reiterated several times this year he has not missed racing since retiring, which means any position in FE would likely be with the series or with a team. 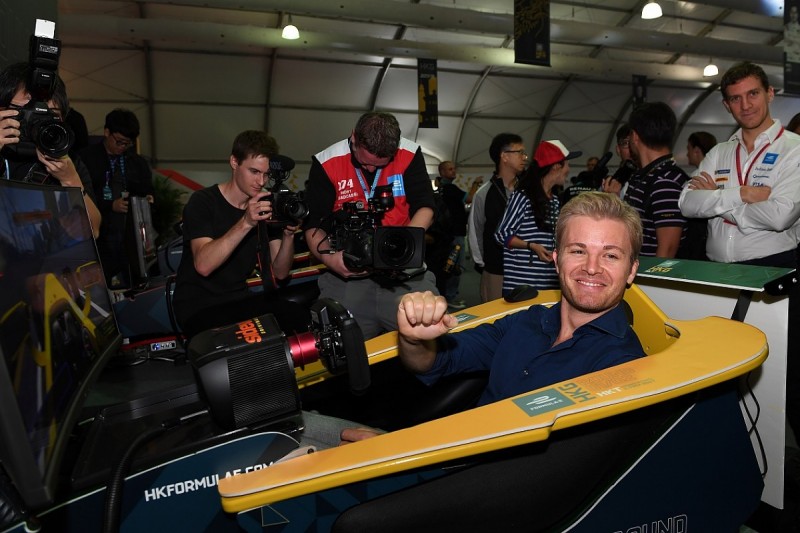 He said the electric single-seater category, which Mercedes will enter in 2019 along with Porsche, "hit the nail on the head" for manufacturer participation.

"The hype is there for e-mobility and that is why there is a guaranteed great future for this, because people are going to be watching and this is going to be the technology of the future battling," he said.

"It is going to be right here. Never has there been a racing series where the technology is so one-to-one.

"It goes from the race car into the road car of the future that we are all going to be driving.

"All the best brands in the world are here fighting each other so it is awesome."

Rosberg suggested part of the rationale for Hugo Boss leaving F1 for FE was to make a "trailblazing" move.

"It is always good to do something different and to be the first movers, they have taken the leap as the first fashion brand," he said.

"They are early movers and I think it is going to pay off. It is a bit of a message they have sent out."