The Extreme E ODYSSEY 21 car will make its first full appearance as part of a motorsport event, joining the final stage of the 2020 Dakar Rally

Ahead of its inaugural season scheduled for 2021, the XE off-road electric SUV will first participate in the shakedown ahead of January's Dakar Rally, which will take place in Saudi Arabia for the first time in 2020.

The XE car will then join the full field of competitors in the last stage - which will take place between Haradh and the Qiddiyah finishing point on January 17.

Alejandro Agag, the CEO of XE, said that the decision to link up with Dakar would help serve as an extended test session to assist the car's development, in preparation for XE's own Saudi desert round.

"The Saudi stages will provide a real test," said XE CEO Alejandro Agag, "and a relevant one with the country taking up a berth on our Season 1 calendar.

"It will be a unique opportunity for the guys at Spark to gather data and learn about our E-SUV, driven hard and in its 'natural environment' with a little over a year until we get [the XE series] underway."

Dakar Rally director David Castera added that the ODYSSEY 21's appearance would be an opportunity to see how a fully-electric rally-raid car compares to the current internal combustion and hybrid-powered cars.

"We are delighted that the Extreme E E-SUV will be accompanying us throughout the forthcoming Dakar," Castera said.

"It represents a real-world opportunity to promote the new technology that Extreme E embraces, and this kind of initiative is entirely in keeping with the mood of the times and the course of history.

"We have begun to encourage the participation of hybrid and electric vehicles on the Dakar, with the mid-term objective of introducing a specific class for them.

"Extreme E's presence in January's event convinces us that we are heading in the right direction with this project, and inspires us to go even further and faster in its implementation."

Dakar's 2020 event begins on January 5 in Jeddah, heading north along the coast of the Red Sea before moving inland. 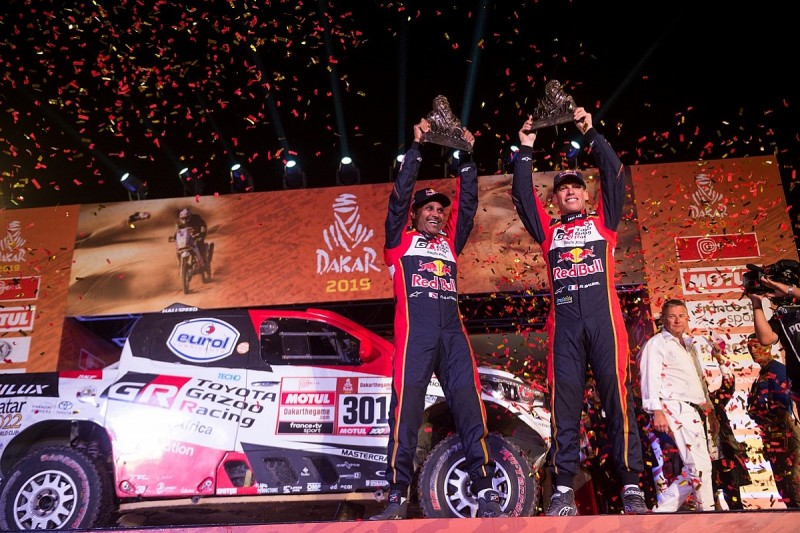