In February this year the council agreed a multi-year deal with Formula E CEO Alejandro Agag for the park to host the British round of the all-electric championship.

The contract includes a break clause giving each party the option to terminate the arrangement, and AUTOSPORT understands the deadline to activate this has now been extended from November 2 to December 10 this year.

That is because Wandsworth's Community Services Overview and Scrutiny Committee postponed a meeting due to take place last week (September 22), when a decision on whether the park should continue to host the event would have been made.

The meeting will now be held on November 24.

While the council's official review of the event highlighted several issues, is thought it is unlikely to vote against the event and instead will request Formula E to implement several changes to how it organises the meeting if it is to return next year.

The council will then need to discuss those changes with Agag and his team, and have the terms agreed before December 10.

Agag told AUTOSPORT during pre-season testing he had no intention of activating the break clause on his side, and did not expect Wandsworth to do so either.

Formula E is working to avoid its 2015/16 finale clashing with the British Grand Prix, which would likely result in the London round taking place in July.

The London double-header attracted a near-capacity audience, with 27,000 tickets being sold for Saturday and 28,500 for Sunday, but also drew complaints from local residents.

This has resulted in petitions against Battersea remaining a Formula E venue, though they have garnered fewer than 3,000 signatures. However, this - coupled with the council postponing the original meeting - has sparked concern over the future of the event.

The reason the committee meeting has been postponed is due to a higher-than-expected number of responses to a council survey, launched when its review into the event was made available online in July.

More than 1200 responses were lodged, along with 3000 comments, when consultation closed on September 6 - and the council requires more time to process the report for the committee to evaluate.

WHAT WORK WAS DONE IN THE PARK?

A temporary 17-corner circuit was created based on the park's internal roads. Parts of the park were resurfaced, while temporary spectator stands and hospitality areas were set up.

HOW LONG DID IT TAKE?

WHAT WAS CLOSED AND WHEN?

The park was scheduled to be closed for four days from its normal closing time of 10.30pm on Friday June 26, until 6.30am on Wednesday July 1. The reopening was delayed until 4.30pm due to a fencing problem.

The zoo was closed from 10.00am Tuesday June 23 until 10.00am Wednesday July 1, the cycle hire concession from June 15-July 3, and all grass sports pitches were unavailable for booking for the full three-week event construction and dismantling period.

WHAT WAS THE RESPONSE?

In general, positive. The council reported that feedback from the public was "that it went well", with the exception of helicopter and tannoy noise. Marshaling of the event has also been praised, while there were no planned road closures and "little or no impact on parking or on traffic".

WAS THERE ANY LASTING DAMAGE?

An independently produced Heritage Impact Assessment, put together based on five visits before, during and after the race weekend, reported no permanent impact on the park. There was not as much as damage to the trees in the park as "might have been expected".

HOW LONG DID THE CLEAR-UP TAKE?

It's still not finished. The work to remove tyre marks is still outstanding, and Formula E remains responsible for that. There was an issue with the vehicles intended to be used to perform that operation, with the original too big to negotiate the trees and another not working.

Formula E has apologised to the council, and is weighing up its options. These include resurfacing areas with tyre marks, but due to the cost involved that is the last resort.

Battersea Society, part of the community forum set up to discuss the event, complained that communication/signage was poor over the race weekend.

The council claims Formula E is "fully aware" of its "shortcomings" in this department, and cited park manager Jerry Birtles not being consulted over the location of the media centre as one example of working being proposed or carried out without proper communication.

A criticism was also made about the amount of debris left in the park when it was reopened, while Agag has already committed to improving disability access if the event returns.

WHAT HAS BEEN RECOMMENDED?

The chief recommendation in the HIA is that the park cannot have restricted access/use over three weeks as was the case this year.

Its report claimed the impact of the works "was considerably greater than that anticipated", having initially expected the most significant disruption to be confined to a three-day period.

The main consideration, it says, needs to be given to whether the period of disruption could be reduced by an extended park closure either side of the race weekend.

One of the requirements should the event return would be to provide further protection measures - while the HIA acknowledged no damage had been done, Formula E failed to protect certain parts of the park as requested, including the Millennium Cross and War Memorial. 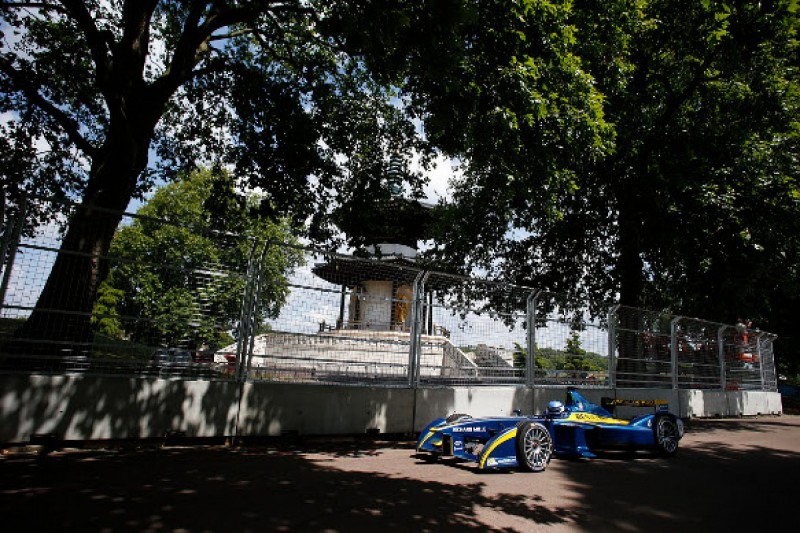