The DS Virgin Racing driver won last year's race in Argentina and improved contentiously in FP2 to top the quicker of the two morning sessions on a 1m08.792s.

That lap came after Lucas di Grassi crashed in his Abt Audi Sport entry and brought out the yellow flags at the start of the middle sector.

Bird insisted over the team radio he backed off under the yellow, but still found enough time elsewhere to leapfrog Mahindra's Felix Rosenqvist.

"It's gone OK so far," said Bird. "The car feels OK, we've had some issues to combat and I'll have to combat them for the rest of the weekend."

The British driver said the problem was "temperature-related", having already suffered an issue with a faulty regen paddle - how he initiates harvesting energy from the electric motor - in Friday's shakedown. 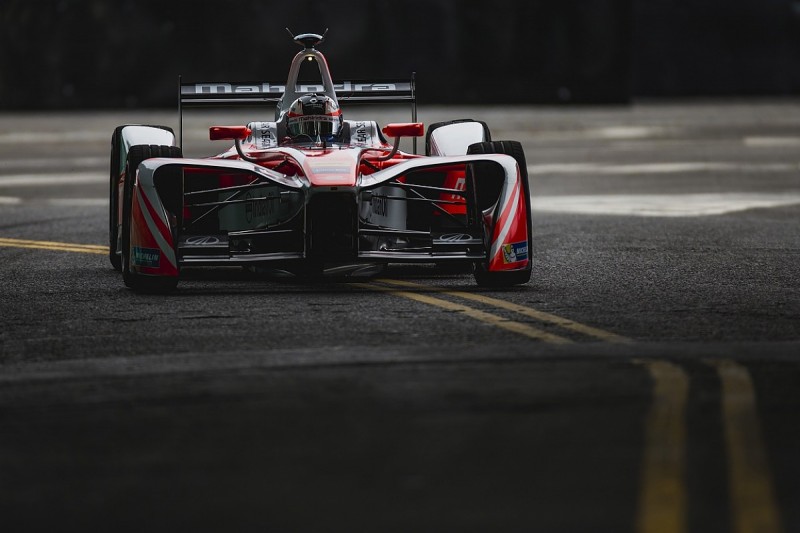 Marrakech polesitter Rosenqvist was 0.165s slower than Bird, with di Grassi third ahead of championship leader Sebastien Buemi, whose second 200kW effort was ruined by the yellow flags.

Both sessions were heavily disrupted, with FP2 only just having resumed when di Grassi shunted.

Loic Duval shed a wheel on his Faraday Future Dragon Racing car just after the halfway mark of the 30-minute session, which caused a red flag.

Before that Oliver Turvey had clipped the wall at the Turn 9/10 chicane, and Jaguar's Adam Carroll and Bird spun at Turn 5 earlier on.

The Portuguese driver planted his Andretti machine in the wall 20 minutes into the longer 45-minute session, then stopped on track later on in his second car.