Bird started the final weekend of the 2017/18 campaign as the only driver who could mathematically stop Jean-Eric Vergne from winning the drivers' title.

But a ninth in race one in New York - which Bird had predicted would not suit the overweight and inefficient Virgin/DS package - and Vergne's fifth meant his rival took the crown, while 10th in race two meant the British driver slipped to third in the final standings behind Audi's Lucas di Grassi.

Virgin and DS decided against developing their package for season four ahead of FE's Gen2 car rules reset, but Bird produced his best overall result in the electric series despite lacking the pace and efficiency enjoyed by Vergne and di Grassi.

"I'm really proud of what I've been able to achieve and what the team has achieved," Bird told Autosport.

"If you look back some of the races - we put it up there when nobody really gave us a chance. It's been [a] great year, one that I'll be very proud [of]."

Apart from di Grassi, Bird is the only driver to have won a race in each of FE's four seasons.

When asked if he was frustrated not to have a title to show for his consistent success, Bird replied: "It would be nice, I'm not going to lie.

"But just to be able to fight for them is already very nice.

"I've got plenty of years ahead of me in this championship and my career - so I'm sure there will come a time when I can fight for one right until the end and hopefully I'll be there one day to take one." 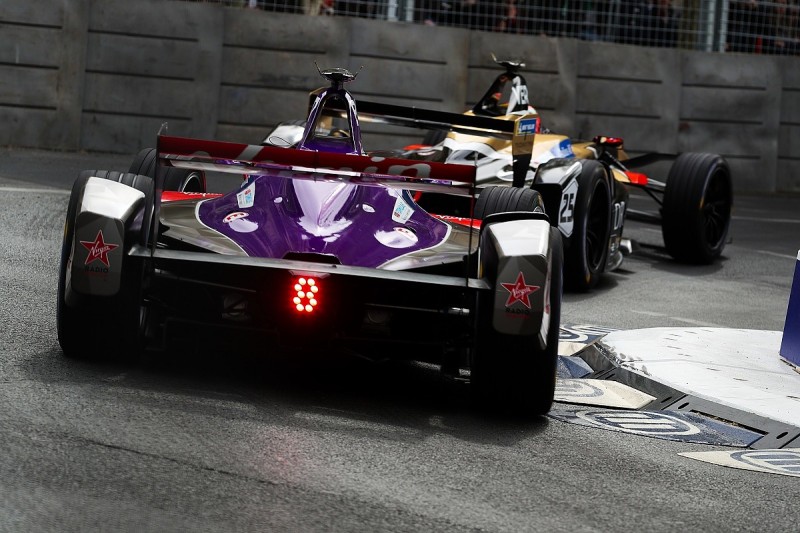 Bird is right to be proud of his FE performances last season - particularly in the context of who defeated him.

Vergne was the class of the field using the proven Renault powertrain, which his Techeetah squad exploited to the maximum alongside simulator-based gains.

He also did not retire a once in his title-winning campaign - itself a remarkable achievement - and it is hard to defeat such a combination of pace and consistency, even with the disadvantages Bird and Virgin were saddled with.

Di Grassi ended up second after a stunning recovery from his and Audi's early-season reliability calamities. He did not finish off the podium in the final seven races, winning twice to match team-mate Daniel Abt's tally.

If 2017/18 was destined to go to Vergne given his consistency, allied with the fortune he enjoyed thanks to Audi's self-inflicted points loss, then Bird should take heart from di Grassi's resurgence.

In the coming weeks, it is expected that Virgin will confirm an Audi customer supply deal for season five. FE's scrappiest racer wielding what may yet remain its best powertrain will be a potent combination.