Edoardo Mortara clinched his first Formula E pole position for the Berlin E-Prix, the Venturi driver beating an impressive Alexander Sims by just over a tenth of a second.

Mahindra's Sims had made sensational progress through the qualifying duels, after moving up into the top four of his group late when Sebastien Buemi's best laptime was deleted for going below the minimum pitstop time, and up on Mortara by 0.138s by the end of the second sector.

But Mortara was able to rebound as Sims shipped three tenths to the Swiss driver in the final sector, claiming a 1m06.093s for pole.

Sims had progressed to the final for the first time after setting an identical time to Jean-Eric Vergne in their semi-final duel. But as the Briton had set his time first, he was allowed to progress - which left Vergne "very pissed off" with the "stupidest rule I have seen in my life".

An incredibly close affair between Vergne's DS Techeetah team-mate Antonio Felix da Costa and Mortara followed. Da Costa held the upper hand by just over five hundredths of a second before Mortara hit back in the following brace of sectors, booking his place for the final by 0.085s.

Owing to their semi-final times, da Costa starts from third ahead of Vergne in an all-Techeetah second row.

Sims had earlier beaten Pascal Wehrlein in their opening tie, capturing command of their quarter-final duel in the first sector and extending his advantage over the rest of the lap to dump the Porsche driver out.

Vergne then put Stoffel Vandoorne to the sword, grabbing over quarter of a second over the Belgian in the opening part of the lap and holding a 0.4s lead to make his way through to the semi-finals.

Andre Lotterer was within a whisker of making the semi-finals, but was pipped at the post by Mortara by just 0.008s to ensure neither Porsche made it into the penultimate phase of qualifying. 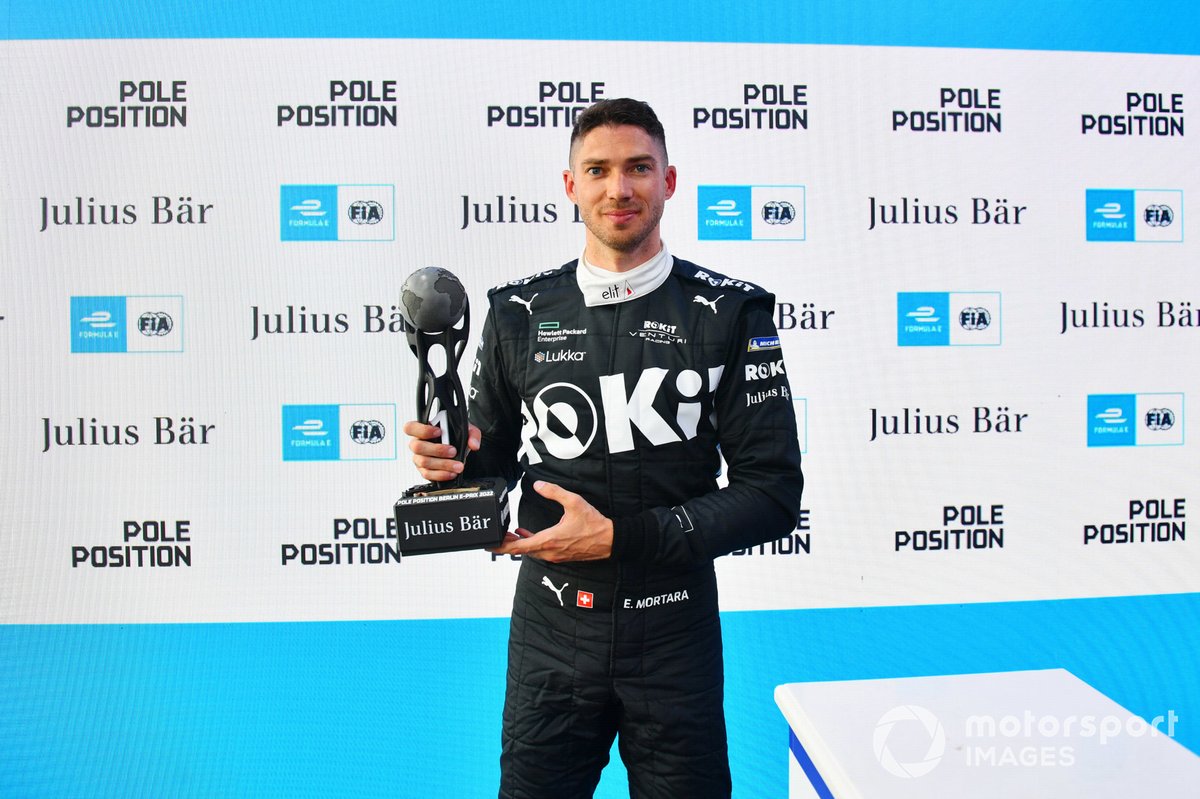 Sergio Sette Camara made his first appearance in the duels, dragging his Dragon through to the knockout stages, but was beaten by da Costa by just over two tenths.

Lotterer and Wehrlein will start fifth and sixth as Porsche locked out the third row, as Sette Camara will occupy seventh on the grid ahead of Vandoorne.

Sette Camara had got into the duels at Mitch Evans' expense, as the Jaguar driver failed to pass through to the final eight.

Evans was unable to break out of the 1m07s bracket, as Mortara led most of the session before the final flurry of runs.

There, Mortara could not improve as Sette Camara assumed second, before Vandoorne and Wehrlein set respective fastest laps in Group A to shuffle Evans out of contention.

Robin Frijns ended his ever-present streak in the duels, as he was knocked out during Group B along with fellow Dutchman Nyck de Vries as both sustained lock-ups on their final flying runs.

Frijns was hindered by Buemi on his opening run and thus was left to rely on his final lap - but the Envison man's dreams of making the duels for the seventh consecutive time instead poetically went up in smoke.

Buemi had initially made the cut for the duels, three tenths clear of Sims, but his laptime deletion meant that the Nissan driver was relegated down to fifth in his group, which becomes 10th on the grid as Evans starts ninth.