Lucas di Grassi fired his Audi to the top of the times in the final Formula E practice on the reversed Berlin circuit as only 0.09s covered the top six

The 2017-18 champion botched his qualifying lap for the first E-Prix at the Tempelhof Airport to line up only 20th but did recover to eighth after a late crash with Jean-Eric Vergne.

His late 250kW full power practice run aboard the E-tron FE06 propelled him to the top of the times on a 1m06.732s, which left him fractionally clear of Andre Lotterer by 0.009s.

For much of the 45-minute session, Berlin race one victor Antonio Felix da Costa sat comfortably fastest after a higher-power 235kW run combined with fanboost.

Then quickest in all three sectors, the DS Techeetah driver posted a 1m06.821s to eclipse his group one qualifying time from the day before, which left him more than 1s ahead of next best Sergio Sette Camara.

A late flurry of full power runs, however, relegated the points leader down to an eventual sixth after he spurned his final run with a Turn 6 lock up, which sent him wide for Turn 7.

Porsche driver Lotterer would remain in second, ahead of the BMW Andretti of Maximilian Guenther, only a further 0.008s in arrears. 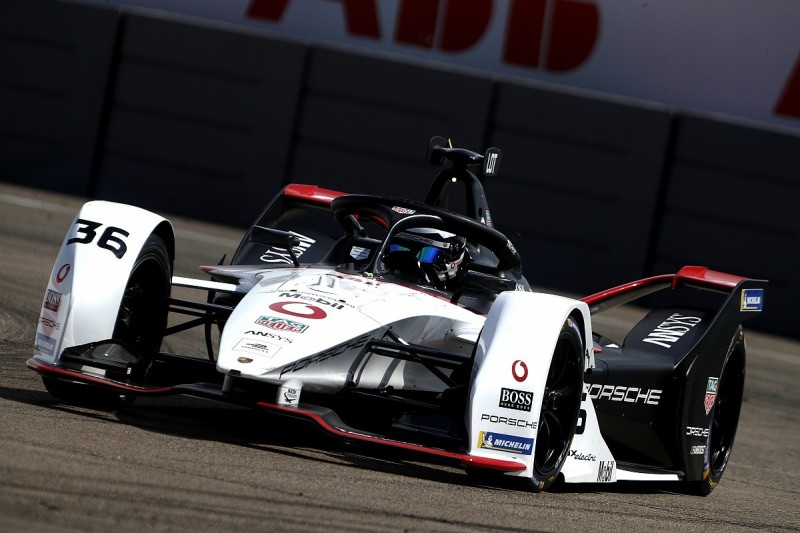 A quiet session for Jaguar driver Mitch Evans - who impressed in Mexico City and Marrakech qualifying, prior to a team error - was saved by a run to fourth.

Alexander Sims, in the second BMW iFE 20, ran in fifth ahead of da Costa in a session where five teams were covered by only 0.089s.

A strong run out for Dragon Racing's new signing Sette Camara - who will miss his first Formula 1 grand prix of 2020 in his role as Red Bull reserve - gave him a competitive seventh.

Contesting his debut FE weekend, his Thursday morning practice run was 2s quicker than any lap he managed throughout all of Wednesday.

Vergne, who spent much of the first-half of third practice focusing on energy saving runs after his late decline in the opening E-Prix, was eighth as Oliver Rowland in his Nissan e.dams car edged Stoffel Vandoorne in the battle for a top 10 spot.

Di Grassi's new team-mate Rene Rast was only 0.4s off the pace, but enough to drag him down to 14th ahead of Envision Virgin Racing duo Robin Frijns and Sam Bird.

Felipe Massa complained of a "really bad" front end that "didn't work", and he was a lowly 23rd.

NIO 333 stand-in Daniel Abt was last of the runners, reporting he had "no trust" in the car and so will revert to the preceding day's set-up.