Muller concentrated on long runs in the morning, but was first out of the blocks on a full-power lap in the afternoon to immediately beat Paul di Resta's morning benchmark.

He was knocked back to fifth as several drivers improved, with Maximilian Gunther, James Rossiter and Pietro Fittipaldi all heading the times at one stage.

Then Muller pumped in a 1m19.651s with just over five minutes remaining to go 0.946 seconds clear of Jaguar's Fittipaldi.

That time beat the previous lap record, set by the regular driver of Muller's e-tron FE04 Daniel Abt in second practice on Saturday, by just over a tenth and would also have been good enough to head qualifying by half a second.

But air and track temperatures were slightly higher on Sunday and previous FE events with running on both days suggest track evolution to be worth 0.5-1s.

"I had lots of fun today, the first time in a Formula E car was a successful one," said Muller.

"Really enjoyed myself, got to do a lot of laps, good programme for the longer runs but also some short runs at the end of the day.

"Ending up quickest is a little icing on the cake but more important is we did the work that was planned."

Fittipaldi's best was another late effort, coming in the final 15 minutes, and at the time it bumped Techeetah driver James Rossiter to third.

The Briton was then shuffled back to fifth as Gunther (Dragon Racing) and di Resta improved in the closing stages. 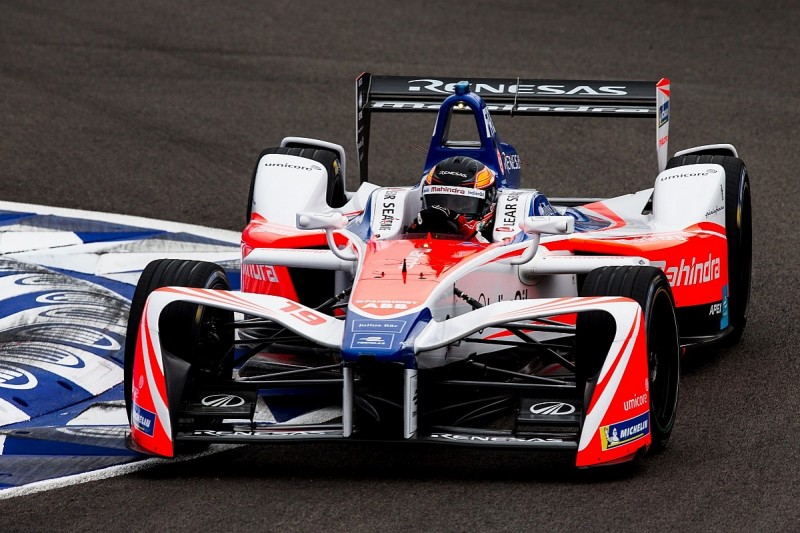 His team-mate for the test, new BMW DTM signing Joel Eriksson, was not even a tenth slower in ninth.

Dragon's Andrea Caldarelli bounced back from a morning crash to slot into the narrow gap between the DS Virgin drivers, while Nyck de Vries managed enough running to complete the top 10.

De Vries spent almost the entire morning waiting in the garage and had to be patient at the start of the afternoon as well, as Audi evaluated problems on both his cars.

The 2018 Prema Formula 2 racer was driving di Grassi's Audis, both of which had problems on Saturday and were being subjected to evaluations by the team before committing to the test programme.

De Vries only managed two laps in the morning and 15 in the afternoon, but posted a 1m21.108s and was 1.4s slower than Muller.

That meant Benyahia propped up the timesheets for the day overall, although Spengler's and Takaboshi's respective morning efforts were enough to get them above NIO's Harry Tincknell, who focused on race runs throughout the day.