Daniel Abt led home Audi team-mate Lucas di Grassi to win in the German capital, which marked the second one-two finish in FE history after the Techeetah squad's sweep in Santiago earlier in the 2017/18 season.

Audi is generally considered to have had the fastest car this season, but has had a difficult campaign due to problems with reliability, and Abt also lost a win in Hong Kong after a technical passport infringement.

Abt took Audi's first win as a full works FE entry in Mexico City, but the Berlin race - where he also took pole and set the fastest lap - represents its best overall result.

"It's an important thing from the team's point of view because we actually did what we know we can do - we put it together completely," team principal McNish told Autosport.

"[For] the team and also for everybody that's had a bit of a tough time back at [team base] Neuburg, when all the problems in Santiago and Marrakech [happened] and [they were] under pressure and working like hell to try to make sure we got something that the guys could work on, and then we were able to use it." 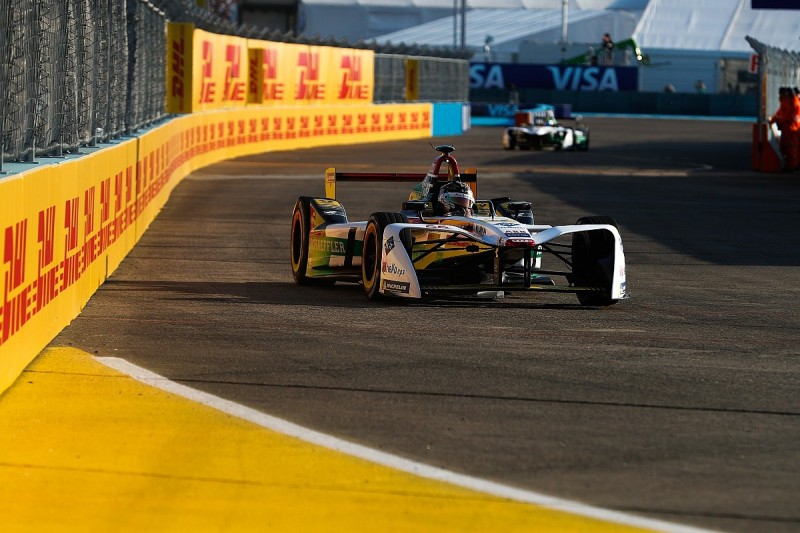 McNish also hailed Abt's performance in Berlin, where he had to rebuild his lead over di Grassi - who later said he had a vibration problem with his second car - in the second stint having had his advantage wiped out during the car swaps.

Audi had to hold Abt in his garage as Sebastien Buemi pulled into the adjacent Renault e.dams pit box.

"[He was] very good," McNish said. "He's grown up - he grew up at the end of last year, I thought, into a very strong and consistent and mature driver.

"I think that was extended [last weekend], especially after the pitstop because he had a big gap, then it was eradicated.

"That's at the point when as a driver you can start to look in your mirrors, and [as it was his] team-mate, that's another thing and there's a bit of pressure from that.

"Lucas is quite a strong, dominant character - so in that respect, I think that pulling away from there was impressive."