Lotterer struggled in the opening rounds of season four, finishing the first three races without a single point and being disqualified from the season opener for leaving his car in an unsafe mode in parc ferme.

But the triple Le Mans 24 Hours winner reckons something "clicked" at fourth round of the season in Santiago, where he picked up the first podium of his FE career and pushed team-mate Jean-Eric Vergne hard for the race win.

"I love it, I start to really love it," Lotterer told Autosport.

"At the beginning, obviously, when you struggle the first two events you don't feel confident, you're not sure if you're going to make this.

"And then it clicked from Santiago on.

"I still had some learning process afterwards, I knew it was going to be tough without testing but, if you look at the progression, I think it was pretty good, so that's what I'm happy about.

"I was one of the top guys in the last part of the year." 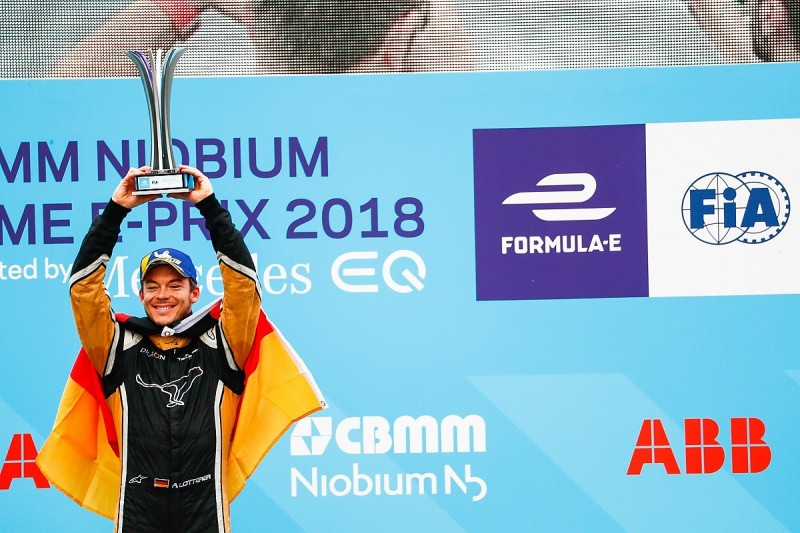 After his Santiago breakthrough, Lotterer scored a further podium in Rome and qualified on the front row in Zurich and for the second race in New York.

But he has mixed feelings about his first FE season, with multiple penalties - among several incidents he was sanctioned for his clash with Sam Bird in Paris, was one of the full course yellow offenders in Zurich, and jumped the start in the New York finale - limiting his opportunities to take another high-profile result.

"I'm really happy with my performance on track in terms of speed in qualifying and in the race, especially in the last third of the year," he said.

"I was regularly at the front, and I was confident about what I was doing in the car.

"But then, [I'm] pretty sad about all these penalties that I got and all these mishappenings.

"I need to reflect back on this season and see what I can do in my life to improve this and make sure it doesn't happen again, because it's really stupid little things that cost a lot."