Formula E announced in December that Agag, who led the series since devising the initial plan for FE with FIA president Jean Todt in 2011, will switch from CEO to chairman.

Agag has overseen the rapid growth of FE since the series' inaugural race in Beijing in 2014, which has included a first race in the Middle East in Saudi Arabia as well as an influx of manufacturers including Audi, BMW and Jaguar.

While Agag will remain CEO until his successor is appointed, he said the change presents an opportunity to create an "optimal" structure to build on the successful introduction of FE's Gen2 car at the Ad Diriyah season five opener last month.

"It is a way to enforce the whole management team, and I think there is the opportunity now to divide roles between a chairman and a CEO because that would make, I think, an optimal management team," Agag told Autosport. 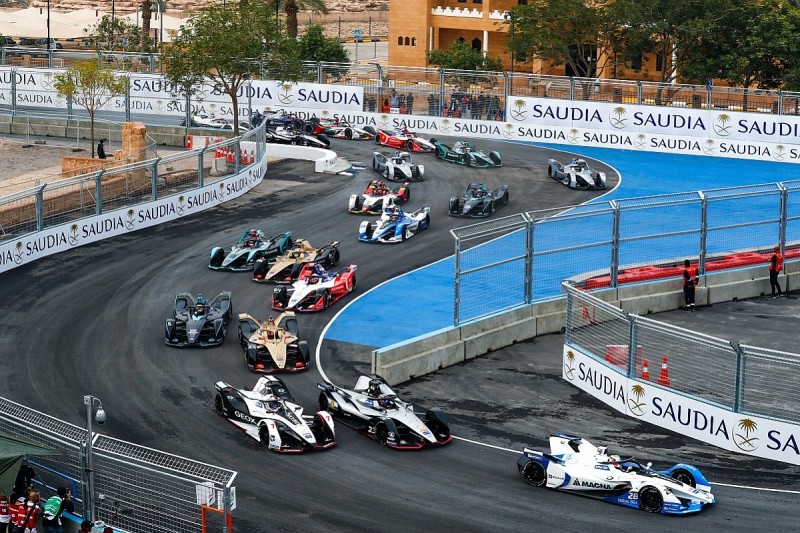 Agag's new role will be focused on developing relationships with commercial partners and FE's host cities.

While he will still be involved in the day-to-day running of the series, Agag said moving roles would allow FE's new CEO to pick up tasks he "doesn't have time to do".

"It would be better than we have today, with a CEO that takes care of tasks that I don't have time to do - or I don't do so well - and I can focus on what I do," he added.

"Maybe I don't know anything very, very well but my speciality - so the things that I think I'm good at or better at.

"I think it's a really good solution to make a super-powerful management team."