Trident's Zendeli earned his second FIA F3 pole of the year after setting a 1m35.328s on his second and final qualifying run.

Logan Sargeant, who sits eight points adrift of his team-mate Piastri in the championship, was just 0.034s slower than Zendeli.

Sargeant branded his Prema-run machine 'undriveable' over his team radio and claimed he'd "never had so much oversteer".

The American driver will drop three positions to fifth place on the grid after picking up a grid penalty for a causing a collision with his Prema team-mate Frederik Vesti last weekend at Monza.

This will promote practice pacesetter Jake Hughes - fastest after the first qualifying runs - to the front row of the grid for HWA Racelab. 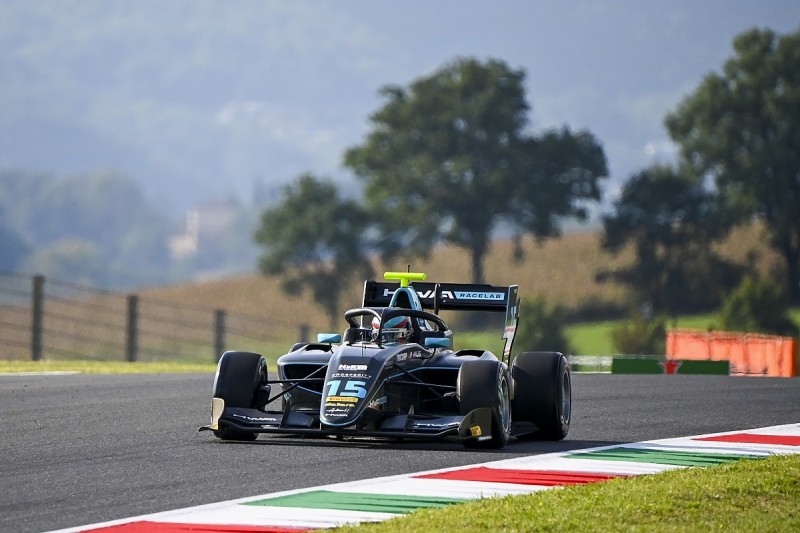 Vesti will line-up in third place ahead of Hughes' team-mate Enzo Fittipaldi, whose fourth place on the grid marks the Ferrari junior's best qualifying result in the series.

Sargeant will start from fifth on the grid ahead of ART Grand Prix duo Sebastian Fernandez and Theo Pourchaire - the latter of which is one of the four other drivers in mathematical contention for the title alongside Piastri and Sargeant.

Renault junior Piastri was 11th fastest but has to serve a five-place grid penalty for forcing Beckmann off the road at Monza meaning he'll start the race from a lowly 16th place.

Consequently, the third HWA-run car of Red Bull junior Jack Doohan will now start from 11th place ahead of Red Bull stablemate Liam Lawson, whose slim title hopes further faded with a trip through the gravel during his final qualifying run.

2019 Macau Grand Prix winner Richard Verschoor lines up 13th on the grid ahead of Alex Peroni, Matteo Nannini and Piastri.