Volkswagen has ruled out supplying engines for the new FIA Formula 3 category, which replaces GP3 on the Formula 1 support bill for 2019 and supersedes the F3 European Championship

The German manufacturer has announced its F3 withdrawal while confirming that it will focus primarily on production-car competition, majoring on the Golf GTI TCR that will compete in the World Touring Car Cup and TCR series around the globe, as well as the Polo GTI R5 rally car for WRC2 and categories such as the European Rally Championship.

VW's current stint in F3 began when it entered the Euro Series in late 2007, winning the '10 title with Edoardo Mortara (pictured below) and then last year's European championship crown with Lando Norris (pictured top). 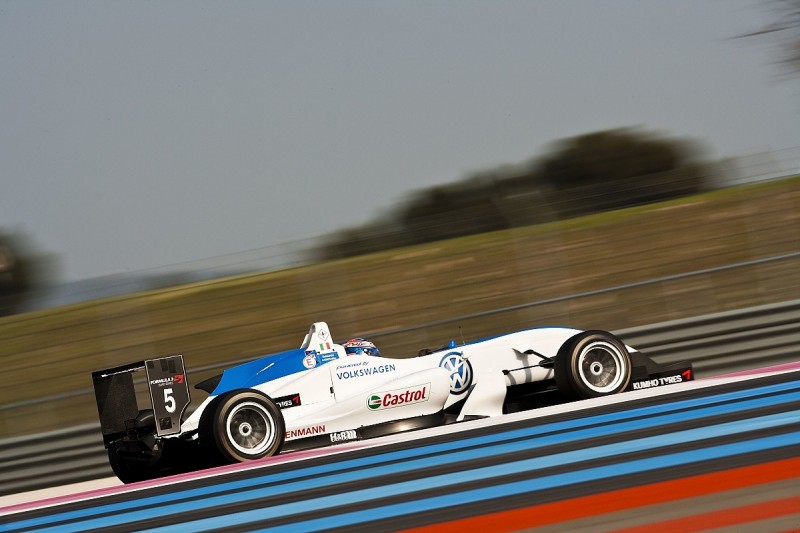 It also won numerous British F3 titles and was victorious in Japanese F3 in 2017.

VW motorsport boss Sven Smeets said: "In Formula 3, Volkswagen can look back on a remarkable record.

"For more than three decades, Volkswagen teams and drivers have enjoyed great success against teams from other manufacturers - we are sincerely grateful to them for this.

"We will continue to provide our customers with consistent support, in order to bring the 2018 season to a successful close in the FIA Formula 3 European Championship and at the FIA Formula 3 World Cup in Macau."

A VW pullout from F3 does not necessarily mean the end of the lifespan of the existing engine should the category continue in its current form outside the flagship FIA series.

Before the latest FIA F3 engine regulations were introduced to the European championship in 2014, Spiess began work on the current powerplant prior to VW later deciding to badge it.

It would therefore not be inconceivable for the engines to continue racing without the VW badge, although the Spiess customers would no longer enjoy any marketing benefits from association with the manufacturer.