China's Guan Yu Zhou, who has been on the FDA scheme since his karting days, will continue for a third season in the championship, where he joins stablemates and F3 rookies Marcus Armstrong and Robert Shwartzman in the Prema line-up.

The 18-year-old from Shanghai enters the season looking for his maiden F3 win, although he has taken seven podium finishes over his two campaigns to date and placed eighth in last year's standings.

Zhou was runner-up in the Italian Formula 4 Championship with Prema in 2015, his first season in car racing, before switching to Motopark for his F3 graduation in '16 and returning to Prema last year. 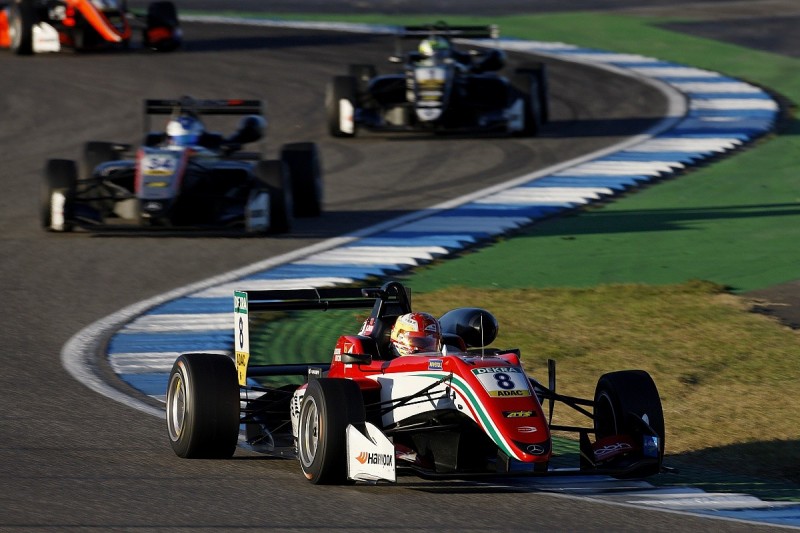 Sources suggested that he was being groomed by Ferrari for a possible move to Formula 2 in 2018, but the situation changed in the autumn and he rejoined Prema's F3 team for its pre-Christmas testing campaign with its Dallara-Mercedes equipment.

"The last two years of work have paid off for me and the team has been successful too, so I'm looking forward to a great year together - I feel more than ready for the coming season," said Zhou.

Prema chief Rene Rosin said: "Zhou is definitely an interesting prospect and has a lot of potential, so we are excited to have him back for 2018.

"Last season he produced great racing, but we are sure he can perform even better so we can't wait to see him back on track."

Apart from Zhou, Armstrong and Shwartzman, Prema has also confirmed Ralf Aron - who as Zhou's team-mate beat him to the Italian F4 crown in 2015.

The team is strongly tipped to retain Mick Schumacher for his second season in F3 in what would be a five-car line-up.