Arjun Maini ended up third ahead of Russell's closest rival at the top of the championship standings, Jack Aitken.

The 30-minute session was wet throughout, although the track dried as the cars circulated on their wet tyres.

That meant times were increasingly lowered with Dorian Boccolacci, Steijn Schothorst and Alessio Lorandi enjoying brief spells at the head of the times early on.

Aitken also seized first place before Russell, who tested the 2017 Mercedes F1 car following the last round of the GP3 season in Budapest, went fastest.

Russell then set purple sectors in the first two thirds of the lap with 18 minutes of the session completed, but he opted to abandon that lap and return to the pits.

But the Briton still headed Aitken as much of the field followed him in to make adjustments and caused a break in the action.

The sun came out for the final third of the session and the times then continued to tumble.

Maini grabbed the top spot for a spell before Russell, who had a slight coming together with Lorandi at the exit of La Source late on, reasserted his dominance by improving again to set the session's best time - a 2m27.042s - with his final effort. 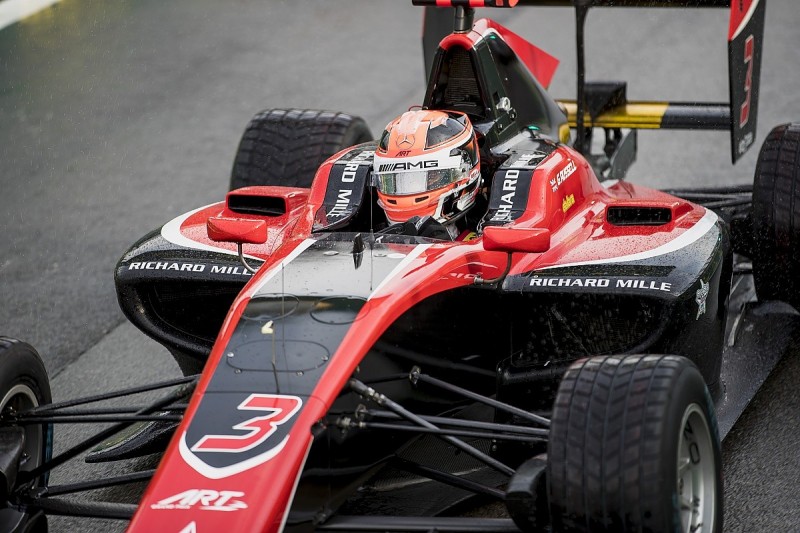 Aitken could not break into the top three on his final run and finished fourth ahead of Matthieu Vaxiviere, who is taking part in his second weekend in succession for the DAMS squad.

Boccolacci was sixth in front of Trident driver Ryan Tveter and Schothorst, with Julien Falchero and Tatiana Calderon rounding out the top 10.

GP3 debutant Juan Manuel Correa will start his first race in the third tier category from 20th and last place on the grid.