Alexander Smolyar has lost his maiden FIA Formula 3 victory, after receiving a post-race five-second penalty for excessive weaving during the second race at Silverstone 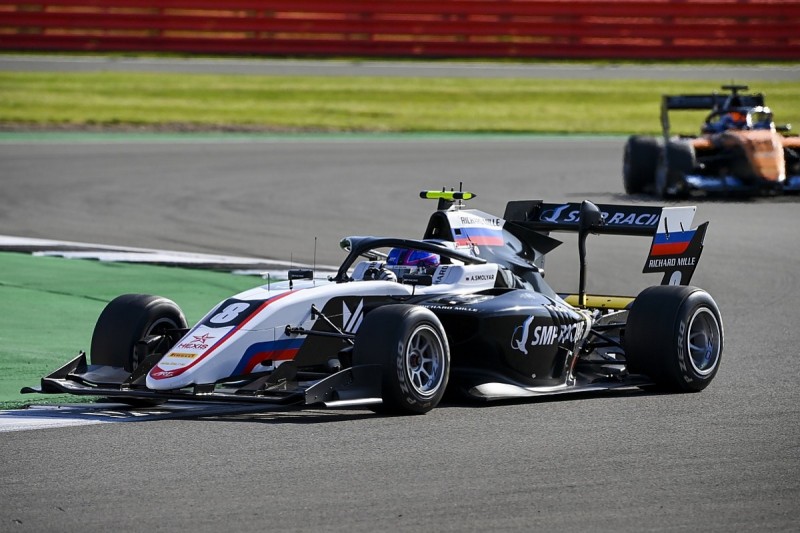