The 17-year-old Norwegian endured a tough maiden season in the FIA F3 series, finishing 17th in the standings with Hitech GP after taking just a single podium finish in the sprint race at the Hungaroring.

"I am extremely happy to join Prema for 2021," said Hauger, who has become the first Red Bull Junior at the Prema team since Pierre Gasly won the Formula 2 title in 2016.

"After spending some time with the team this autumn I very quickly felt at home.

"Their team spirit and the hard work they put into every little detail is something that I really enjoyed.

"I can't wait to get back to Italy to work hard together on preparing next season.

"I want to thank my sponsors and family for their support as well as everybody at Prema for this opportunity." 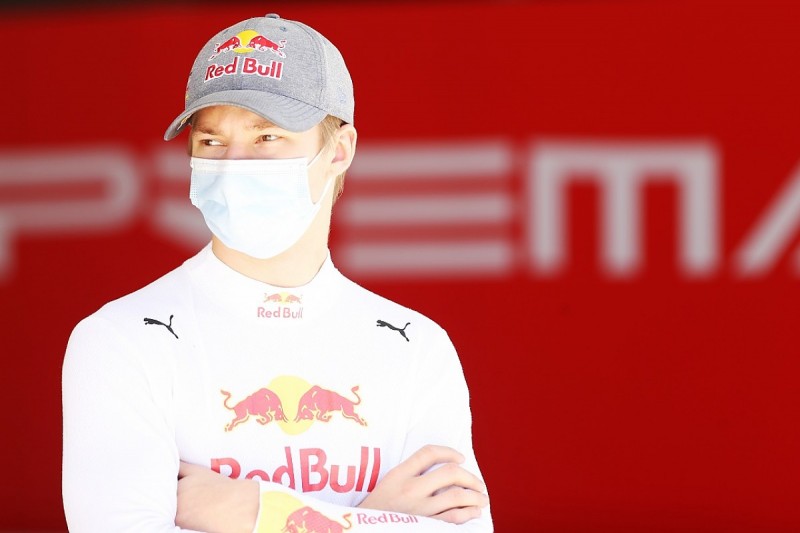 Prema drivers have won the title in each of the last two years since FIA F3 took over the mantle from GP3, with Oscar Piastri succeeding 2019 champion Robert Shwartzman.

Rene Rosin, Prema team principal, added: "Dennis is one of the brightest and most promising talents in junior single-seaters.

"We learned this by having him as a rival in Formula 4, where he was a fierce and sportsmanlike competitor.

"Despite his young age, he showed promise in his maiden FIA Formula 3 season, and impressed in our first testing runs together.

"We look forward to welcoming him back on track, and we can't wait to complete our line-up for the season ahead."

Prema confirmed earlier this month that Arthur Leclerc, the younger brother of Ferrari Formula 1 driver Charles, will graduate to the FIA F3 championship next year with the squad.

The 19-year-old Monegasque raced with Prema in this year's Formula Regional European championship, but lost out to fellow Ferrari Driver Academy member Gianluca Petecof despite having more wins and pole positions than the Brazilian.

Floersch: "Too early" to give up on single-seaters