The team announced its intention to compete in GP3 last October, after acquiring the cars of the outgoing DAMS outfit.

The Dutch outfit runs ex-Formula 1 driver Roberto Merhi and Ralph Boschung in Formula 2, and also has teams in Spanish Formula 4 and the Formula Renault Eurocup.

It has signed race winners Dorian Boccolacci and Niko Kari, and 2015 BRDC British F4 champion Will Palmer, to spearhead its GP3 bid to topple ART Grand Prix, which sealed the top four spots in the drivers' championship in 2017.

"We are aiming to enter the season in style, we're not planning to run three cars at the back," Dorsman told Autosport.

"We're wanting to fight for podiums.

"In pre-season testing everyone is doing their own thing and it's always difficult to predict your season based on the test, but we are confident."

Kari and Boccolacci join from Arden International and Trident respectively, and each took a race win at the final race meeting of 2017 in Abu Dhabi.

"Niko had a good post-season test in Abu Dhabi and that helps," added Dorsman.

"Dorian is new, and from previous years in other categories we're really happy he chose to join us for GP3.

"I think the good thing is you've got two drivers with GP3 experience, who will hopefully push each other forward to score good results.

"It will help within the team. Their relationship is really good and they get on well which creates a good atmosphere." 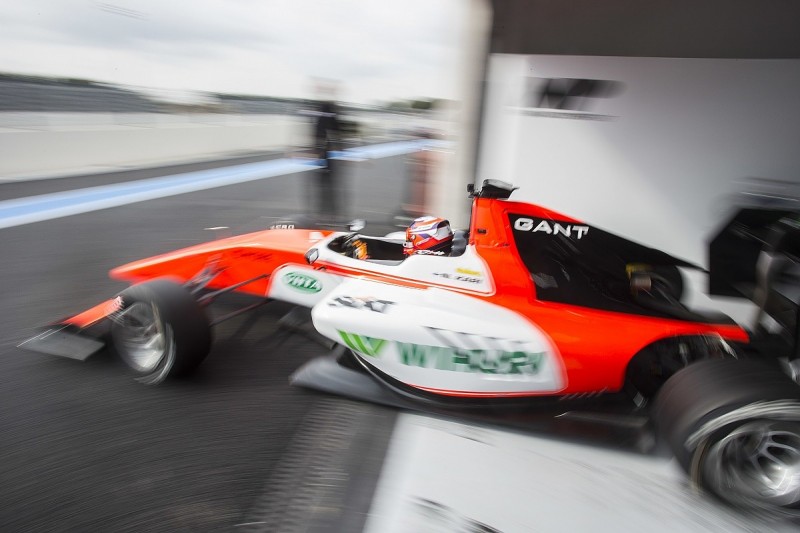 The decision to join the championship comes at an unusual juncture, as the GP3 Series is set to become International Formula 3 for 2019 with a new car.

But Dorsman believes joining the championship is the next logical move as a stepping stone for his drivers.

"With the decision to jump into GP3, it is the missing link," he added.

"We have Formula Renault, a gap, then the Formula 2 team.

"So we can offer to keep drivers in our team for longer and also now we have a feeder towards our F2 teams so it makes sense."

MP will have tough competition for a title bid. ART has won the drivers' title for the last three years running with Esteban Ocon, Charles Leclerc and George Russell, also taking the teams' title in those seasons.

European F3 graduates Jake Hughes and Callum Ilott head its charge, with Anthoine Hubert the highest-placed driver from last year returning to the series after he sealed fourth in 2017.

Nikita Mazepin is the final ART driver in one of two four-car squads in 2018.