FIA Formula 3 championship leader Victor Martins says qualifying will be the “critical moment” in the title fight heading into the final round at Monza.

The ART driver currently leads the standings by just five points from Hitech driver Isack Hadjar, with the pair on 126 and 121 points respectively, with Trident’s Roman Stanek on 109 in third.

Fourth placed Ollie Bearman is still in contention for Prema, 21 points behind Martins, with Zane Maloney (Trident) and fellow Prema driver Arthur Leclerc within four points of the Briton.

Speaking ahead of this weekend’s season finale, Martins said qualifying would be a “critical moment”, but acknowledged that the unpredictable nature of the circuit meant winning was still possible without being on pole.

The Alpine Academy member said: “I think the critical moment will start from the quali.

“But first, you need to start well in free practice, get the feeling in the car, the good feedback to the team also, and feeling confident that you can fight for the pole or top three.

“We all know that here you can still win the race by starting quite far from the back but you know in quali it will be important if you want to keep calm and keep fighting for the title to be at the front.

“Of course with what happened the previous years, it was quite messy in the end and the key will be to find a good track position, get in laps early in the quali session to then maybe take a bit of risk in the end, risk something to get the pole, and then we will see for the races. 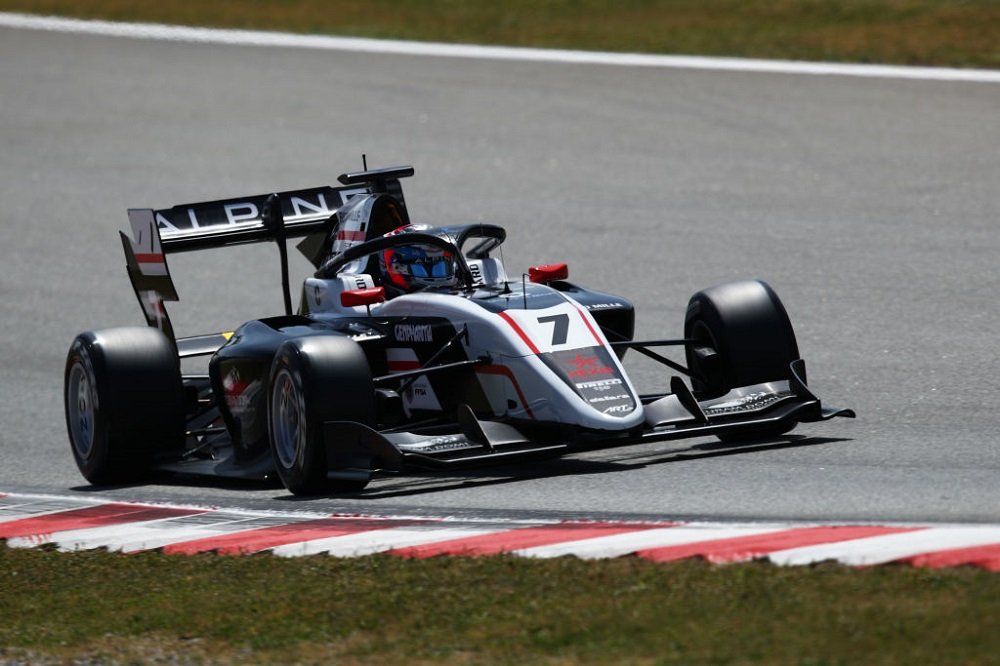 “I don’t want to think about anything, I just want to push to be in front and then I know I will have the team behind me to manage if we need to and myself I know I will make the job at the right time.”

Hadjar agreed, adding that starting in the top 12, which is reversed for Saturday’s sprint race, was crucial.

“Qualifying will be the most important session, but I think as long as you make it into the top 12 you can have a good weekend.

“Obviously the pole is the goal, two points, to close the gap, but I think qualifying will be key to string together.

“People want the tow, but yeah I’m ready for it and the hard work will begin in free practice.

Stanek also emphasised the importance of getting a good start in practice, adding that qualifying was especially important on this “tricky” track, adding: “You can get blocked or block someone by accident.”