Victor Martins was crowned F3 champion on Sunday after a controversial end to the feature race, which was ended with five laps remaining.

The ART driver had been running in fourth when a collision between Kush Maini (MP Motorsport) and Carlin’s Brad Benavides exiting the second Lesmo prompted a red flag.

Martins was then handed a five-second penalty for exceeding track limits, dropping him to fifth, before he was promoted back to fourth when William Alatalo (Jenzer) also received a penalty.

Michel said on Wednesday that he “would have preferred another end to the championship” but agreed that racing needed to be suspended.

He said: “Of course it’s never good to end a championship like that.

“We were really having fantastic racing with all the contenders being at the front of the race, so it was a very interesting moment.

“Then we had this accident and I was quite happy that the FIA suspended the race, because for me that was the best way to clear the track and repair the barriers properly and safely.

“And then, unfortunately, it didn’t come back and unfortunately it was a little bit complicated with the penalties coming in at the last minute and nobody really understanding what it was.

“So I must say it created some kind of frustration with the teams and with the drivers, which is never good.

“Now to their credit, it’s not easy, race director is a difficult job as well, and having to make these kinds of decision in a very short time is never an easy thing.

“To answer clearly your question, I would have preferred another end of the championship and unfortunately that is the way it happened and it took a little bit of time for everybody to know who was champion, which is also not so good, but let’s say that unfortunately it is what it is.”

Ferrari junior Ollie Bearman, who was in title contention, said he would have liked the race to be restarted, but accepted it was “completely out of our control”. 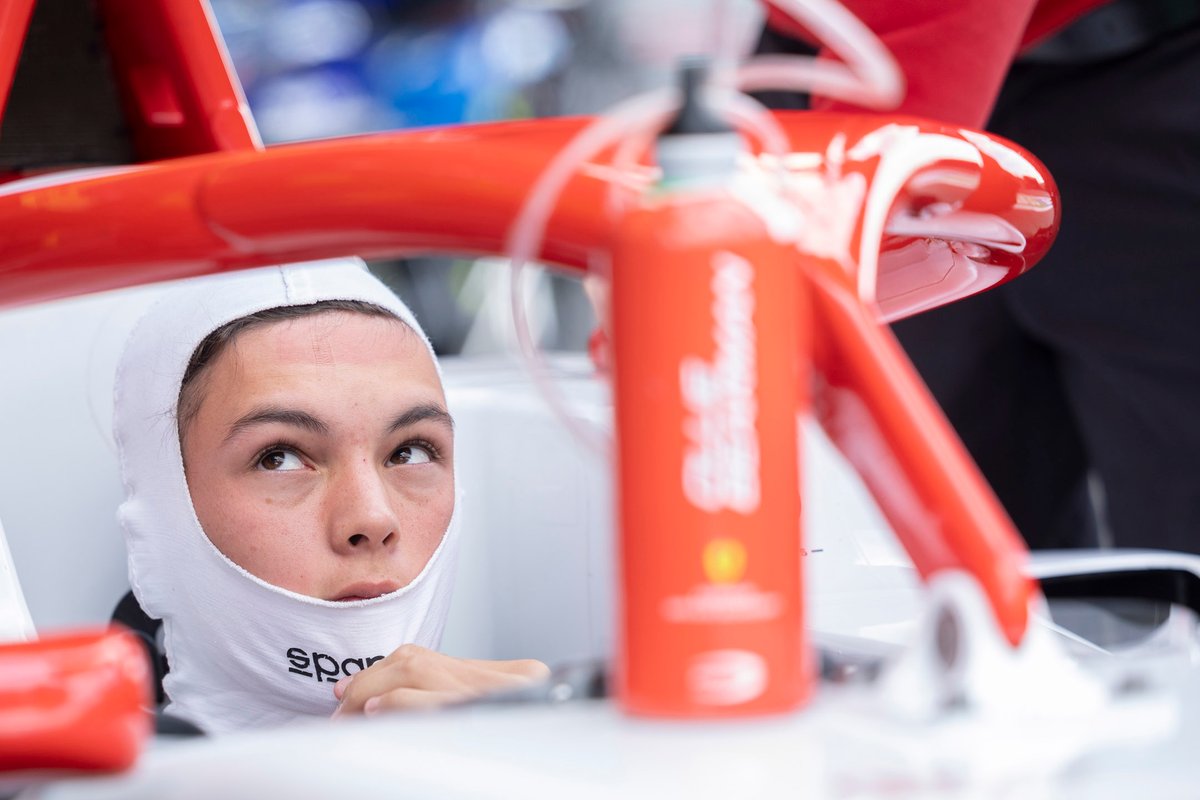 The Prema driver believes he could have passed race leader Zane Maloney if the contest had restarted, and that Martins would have “fallen back a lot”, which could have had consequences for the championship.

Michel suggested he would rather have seen the F2 race, which was due to start 40 minutes after F3 finished, shortened instead of the F3 feature having been affected.

He said: “What is for sure is that if we had been able to discuss it, let’s put it that way, for me it was not an issue to shorten the F2 race because we already had a champion from the day before and to have the F3 racing going to its end, it was for me the most important thing to do.

“Unfortunately we were not at that time able to say exactly how we wanted to organise that, and also the other thing is you always know that when you are with an F1 weekend, and especially a weekend like Monza where you have a lot of track activities.

“We always know the risk we might have, we had a safety car, we had a race that was longer than expected, then there was F2 after that and all the track activities until the F1.

“So unfortunately we know that’s the risk of racing with Formula 1 and there’s not much we can do.

“Maybe we can try to start a bit earlier but then you have the issue of organisation of marshals, so it’s not an easy one.”