Victor Martins says he was thinking about Lewis Hamilton’s 2021 Formula 1 season finale when the final FIA Formula 3 race of the season was red-flagged.

The ART driver, who was crowned champion after the feature race, was handed a penalty for exceeding track limits as the race was prematurely ended.

He had been running in third behind fellow title contenders Zane Maloney and Oliver Bearman, and looked set to clinch the crown prior to a red flag, brought out for contact between Kush Maini and Brad Benavides.

Martins' penalty then demoted him to fifth before Jenzer's William Alatalo, who had momentarily assumed fourth, was also penalised and Martins back up to fourth.

There was some confusion over who would be champion, with a narrow gap between Martins, Maloney and Bearman.

Asked how he felt when the race was red-flagged with five laps remaining, Martins told Autosport: “What went through my head was like please, I don’t want the same thing that happened to Lewis Hamilton last year.”

The Frenchman, who is a member of the Alpine Academy, said after the standings were settled, he is now able to recognise his achievement.

He said: “Now I can feel a bit the happiness, the achievement that I have done.

“It was a bit hard at the end of the race with all the panic at the end with the penalties, all the track limits that were showing up on the TV, but in the end it’s done. 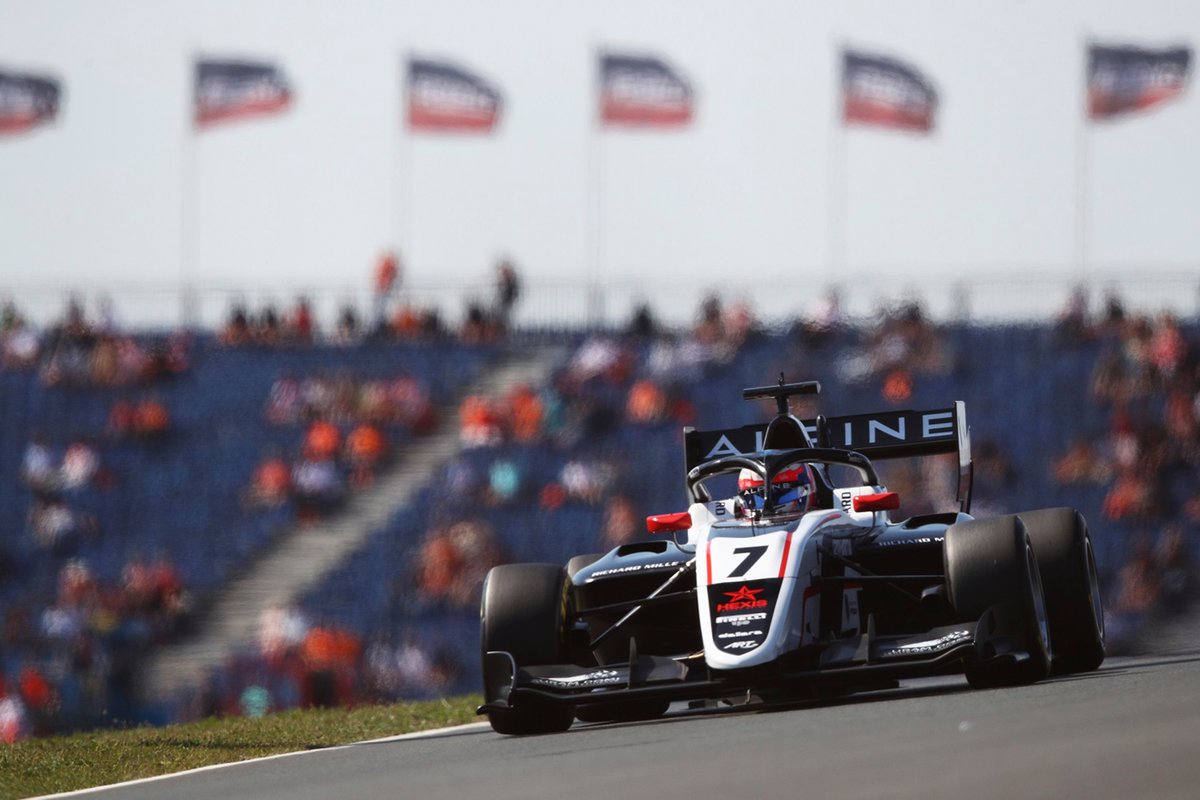 “It’s been an incredible season, it’s been just so intense throughout the whole year, up and down all the time – mistakes, then getting back to the top, doing the job.

“I did the job this weekend, it was just about getting out of trouble, but it feels good.”

Despite benefitting from Alatalo’s penalty, Martins says he didn’t feel “lucky,” adding: “To be honest, lucky, I don’t know, because I don’t feel I got lucky to win the championship.

“I did the job, we did the job with the team, and it’s how we need to think.”

Martins finished the season with 139 points, five ahead of Maloney and seven clear of third-placed Bearman.

Prema sealed the teams’ championship, with 355 points to Trident’s 301.