Dennis Hauger says winning the 2021 FIA Formula 3 championship is “unreal” having bounced back from a disappointing 2020 in which he doubted his driving ability.

The Prema ace took the title in the first race of the weekend in Sochi, with his victory in the sprint race putting him 51 points clear of second place Jack Doohan.

But 2020 painted a different picture, with Hauger suffering a challenging season driving for Hitech in which he scored just one podium and 14 points.

He says the realisation that he never has to doubt himself came from working with Prema, providing a much-needed confidence boost to propel him to this year’s title.

The Red Bull Junior looks almost certain to move up to FIA Formula 2 next season, but he says no contracts have been signed, and there are still two rounds of that championship left to go.

Asked if he could have imagined winning the championship this year after his difficult 2020, Hauger said: “I mean, as a driver you have to believe that.

"I think one of the things I started questioning myself was ‘what’s happening? Am I good enough?’ last year, and I think after that testing with Prema, working with Prema, I really learned mentally that I never have to doubt myself.

“Going into this season at the end of 2020, that was definitely the goal, I knew this was going to be an important year, so I was putting all the effort into the season, so happy to end it on top.” 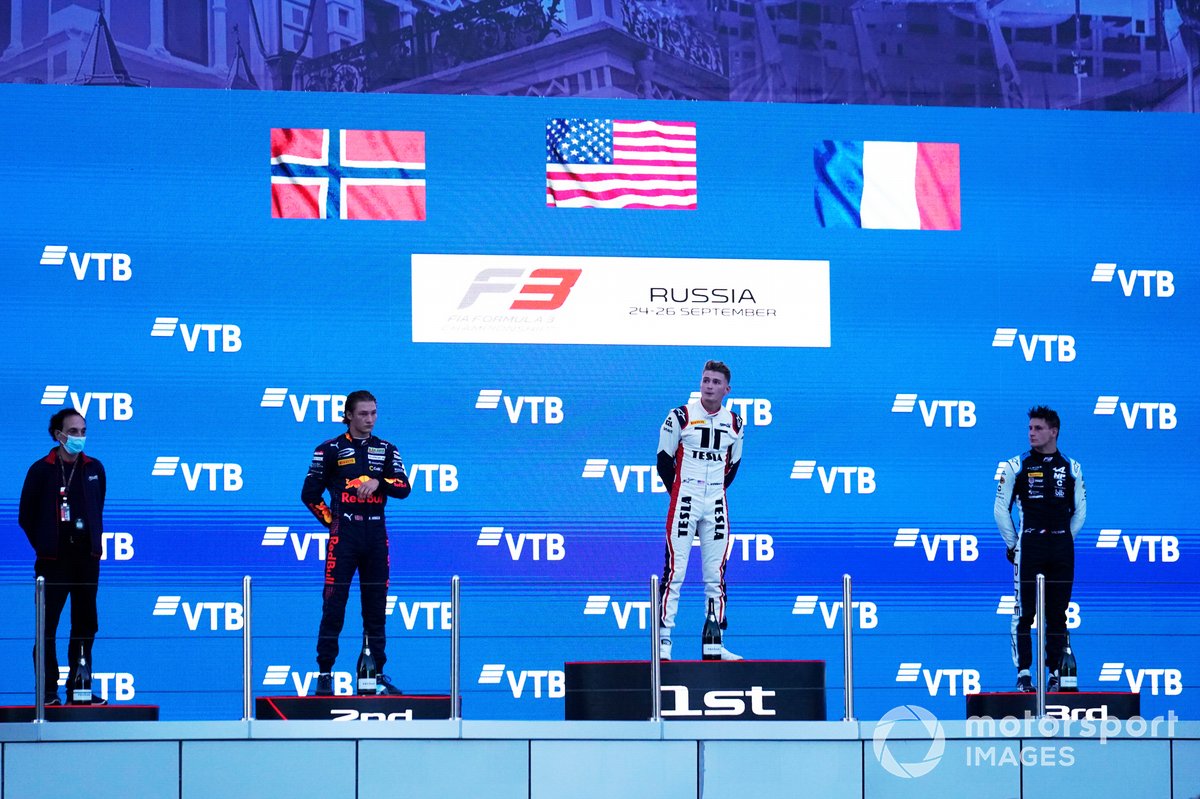 Hauger also struggled amid the COVID-19 pandemic in 2020, remaining in the UK “with all those downs, weekend after weekend it made it tough mentally. I still think though that in some way it made me stronger, especially the mental game.”

But he says 2021 has been “amazing” with Prema, adding: “At Spa, we had a bit of a downfall, but I think as a team we worked ourselves up to get some points there as well and just kept on going. It’s been a good year, I’m really happy to finish on top for sure.

“[The title] means everything, obviously. Getting the work done with the team all year to prep and get everything set for the races and travelling and everything, it’s a lifestyle obviously with what you love, so it’s enjoyable but hard work as well.

“Especially after last season, it wasn’t the best year, and it was hard also mentally, so getting back and getting the championship is unreal.”