Beckmann endured a difficult start in the GP3 Series this season with Jenzer Motorsport, having switched to the series after two campaigns in European Formula 3.

But a switch to Trident Racing for the fifth round of the season in Hungary, in place of Formula 2-bound Alessio Lorandi, brought success, and Beckmann scored three wins, a second place and two pole positions on his way to fifth in the standings.

Beckmann was the second-highest scorer over the remainder of the campaign following his switch to Trident.

Although Beckmann initially planned to stay with Trident for 2019 due to a lack of budget required to move to F2, he tested with ART at the post-season GP3 tests in Abu Dhabi last month and has confirmed a switch to the team, becoming its first signing for next season. 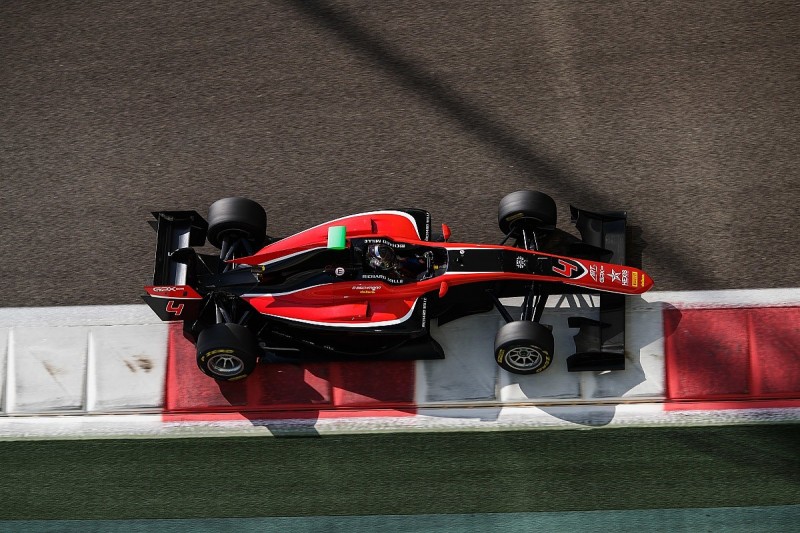 "We worked together already in Abu Dhabi and everything went smooth," said Beckmann. "It felt immediately warm and familiar.

"The work was very professional and precise and I really like this approach because I too am a person who tries to improve in every aspects, every details.

"That's why it gives me good confidence to achieve very good results with ART."

ART won the GP3 teams' championship in seven of the series' eight years of existence, being beaten by only Carlin in 2014.

ART Grand Prix's Sebastien Philippe added: "David was ART Grand Prix's toughest opponent in the second half of the GP3 season, where he scored more points than any other [rival] driver.

"He made a name for himself with his speed over the course of a lap and his combativeness during races.

"ART Grand Prix also greatly appreciated his attitude and his technical background during the post-season tests."

GP3 is being replaced by the FIA Formula 3 Championship for 2019, with the same slot on the Formula 1 support bill but with a new car featuring the halo.