The defunct Formula 3 European Championship, from which FEM has evolved, imposed a ban on running between January and mid-February, with teams then restricted to a maximum of six private 'joker' days outside the official test sessions.

FEM has now allowed unlimited testing up until March 24, the eve of the first official test at Misano on March 25-26.

Further official pre-season tests will take place at Zolder on April 11 and Lausitzring on April 24-25.

From March 25 onwards, the teams will as usual be allowed six joker days of private testing until the end of the season.

Van Amersfoort Racing chief Frits van Amersfoort, who was very vocal on pushing for the suspension of the test ban, says it can only help the teams in a difficult marketplace.

"This is positive - it makes all the sense there is," van Amersfoort told Autosport.

"We are still struggling and fighting to find drivers, and now when drivers are interested we can offer them a test rather than just time on the simulator - this can help build up the championship.

"We don't test now because it's too bloody cold, but we should be running in February."

FEM is a cluttered position on the single-seater ladder, with the new FIA F3 Championship still struggling to fill its grid, and Euroformula Open, the new Italian-run Regional F3 series, and Formula Renault Eurocup all in the same orbit.

"This is the worst time ever in formula racing when you think about F3," said van Amersfoort. 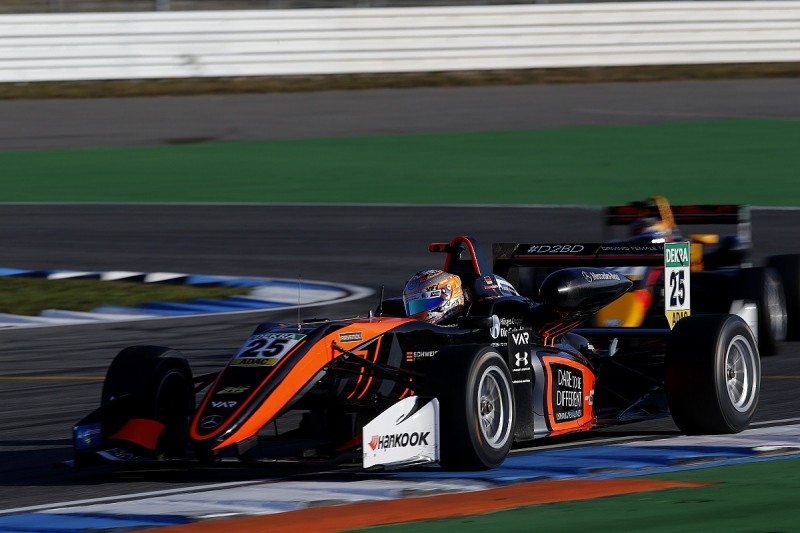 "The market is very bad - all the different championships are lying against each other about how many cars they have, and it's horrible.

"Each day I have to tell myself, 'Relax Frits - they will come', but it's not easy.

"But I am full of confidence that we can get 14 or 15 cars for Formula European Masters, and get the championship running."

VAR has been further buoyed by Sophia Florsch being cleared for racing after her horrific Macau Grand Prix aerial crash, in which she sustained spinal injuries.

"Sophia is in the simulator - it's all looking good and she can't wait to get back in the car," said van Amersfoort.