Formula 3 could go single-make in battle with GP3 Series

Formula 3 could become a single-chassis-and-engine formula for its next generation of cars scheduled for 2020, it has emerged

The move would be the biggest change ever in the DNA of F3, the last bastion of multi-chassis/engine competition in junior single-seater racing and which has existed for seven decades.

It would come hand in hand with the GP3 Series being dropped, and the FIA's existing F3 European Championship changing shape to join Formula 2 on the Formula 1 support bill.

Autosport sources say that a concept for a new F3 was presented by the FIA at last month's Technical Working Group meeting of the governing body's Single Seater Commission.

The plan is to increase power from the current figure of 200bhp-plus to 275-300bhp, with some figures on the TWG known to favour a retention of the current four-cylinder naturally aspirated format, because turbos would add weight and torque, therefore also requiring a heavier gearbox.

With F2 (formerly known as GP2) now under the FIA umbrella, it is known that F2/GP3 technical chief Didier Perrin attended the TWG meeting, and that one alternative could be the axing of the existing F3, with GP3 simply taking the historic category's name.

But it is understood that most of those at the TWG favour the continuation of the current concept of F3 or at least the use of the FIA's new version.

One source told Autosport that the future could easily be decided "way over our heads", in light of the fact that the FIA will have to negotiate with new F1 commercial rights owner Liberty Media, which also has control over F2 and GP3. 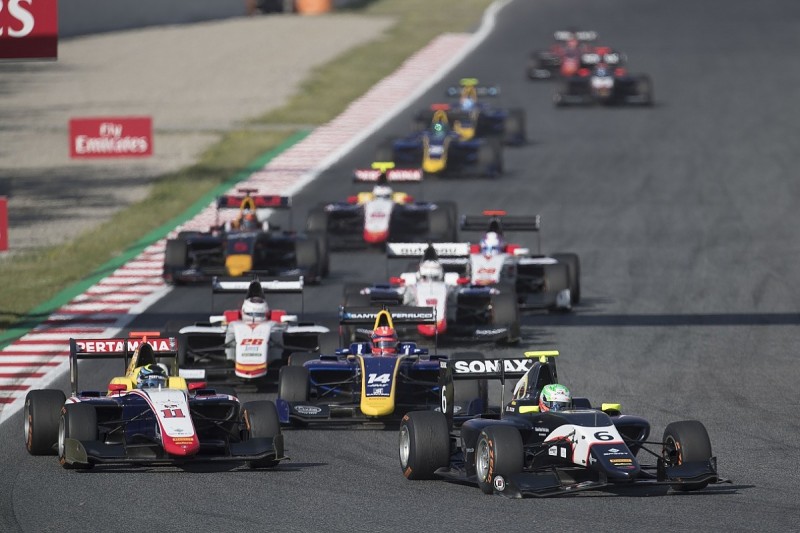 It could also be determined by market forces: with just five teams currently competing in the F3 European Championship and only six in the GP3 Series, any defection of one to the other would have a big effect on both categories.

Further complicating the situation is that while the existing GP3 car is in the second term of a three-year cycle until the end of 2018, the current F3 chassis and engines are homologated until the end of '19 - with this in mind, it is understood that the FIA could be ready to bring the new-generation F3 car forward one year.

The only other F3 championship currently run to FIA technical regulations is the Japanese - a delegate from that country reportedly warned that a switch to a one-engine formula would jeopardise the category in Japan, which has a strong culture of engine competition.

Single Seater Commission president Stefano Domenicali told Autosport: "The FIA is currently working on the future of Formula 3 and what we want it to look like.

"We are working with all the relevant stakeholders - and within the FIA Single Seater Commission - to ensure the strength of the category going forward, while bearing in mind the principles of the single-seater ladder that the FIA has long established."