National Formula 3 championships in Europe - including the British - have been warned by the FIA that they may not be able to use the 'F3' name, AUTOSPORT understands

The move follows the FIA F3 European Championship's switch to engines conforming to the international governing body's new regulations for 2014.

The only national championship to use new-spec FIA engines is the Japanese, which adopted them in 2013.

Although no edict has yet been made by the FIA's Single-Seater Commission, sources indicate that the MSA (UK motorsport's governing body, which sanctions British F3) received a letter before Christmas in which the FIA expressed surprise that it endorses the use of the 'F3' name, because its championship does not conform to current F3 regulations.

The MSA is in dialogue with the FIA over the matter.

It is understood that the DMSB, which sanctions the German F3 Cup, has received a similar communication.

For 2014, both British and German F3 will use older engines and electronics on cost grounds, as there is a surfeit of this equipment available.

It is also believed that the matter was not discussed at the preceding meeting of the FIA's World Motor Sport Council, which was held in December.

Team boss Frits van Amersfoort, whose squad runs cars in the European and German F3 series, believes that the FIA is attempting to force all championships to adopt the new rules.

"They are trying to get everything under one umbrella and I think that's important," he said, "but I can't understand why people with older cars and engines can't call themselves F3. 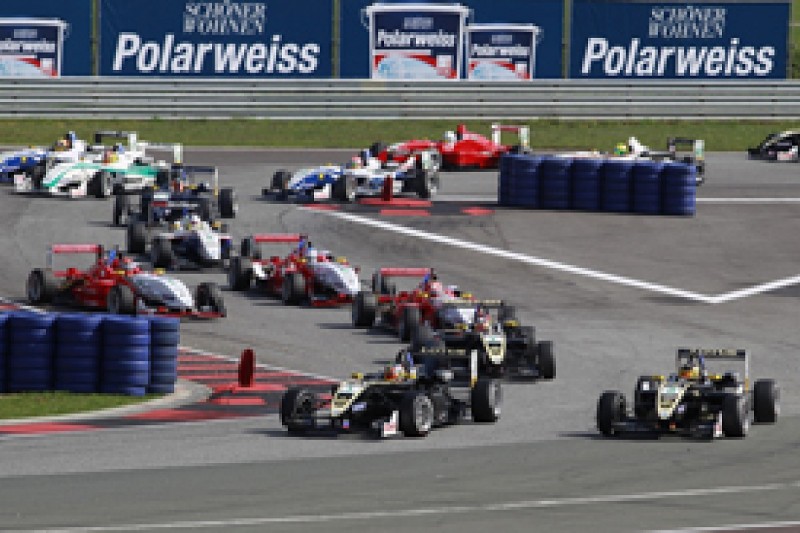 "The FIA must understand that it takes time to adapt to new regulations. You can't change the world in one winter.

"It is vital that the British and the German series (pictured) can keep the name 'F3' - it's the most important thing the series have.

"Everybody accepts that the FIA wants to clarify everything. There are more than 30 different formula classes in Europe, and that's too much.

"I just hope that common sense will win and that there will be national series for F3 in Britain and Germany, because these are needed as feeder series for European F3."

Peter Briggs, who runs British F3 teams group FOTA, stressed that the only communication so far has been between the FIA and the national governing bodies.

"FOTA and SRO [the British F3 promoter] have never been asked not to use the F3 title," he said.

"I don't think it will make any difference to race entries. It's just sad for historical purposes that a car built as an F3 car couldn't be called F3."

The Spanish-sanctioned European F3 Open, which uses spec Toyota engines, has already opted for a name change that will be announced on Friday February 14.

Jesus Pareja, boss of the GT Sport organisation that has run the series since it started life as Spanish F3 in 2001, said: "The important thing is not the name, but the management team behind the series, the TV package, the calendar and the costs. 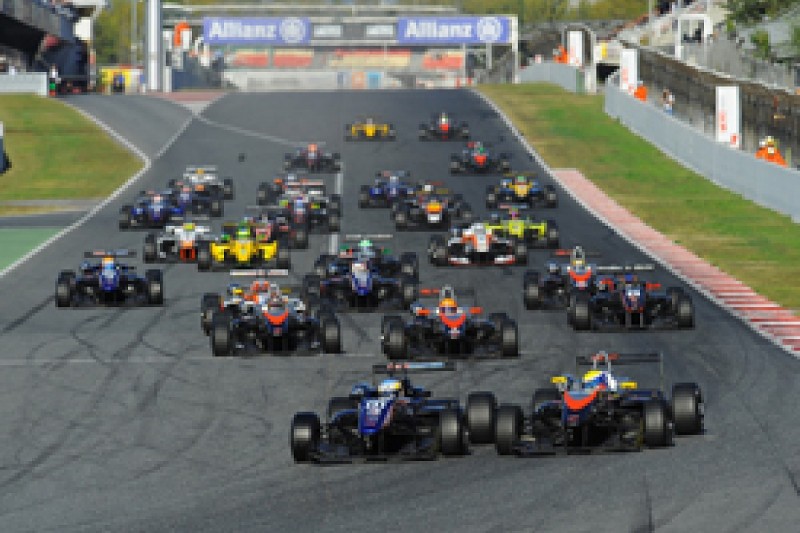 "With our upgraded engine we will be about 1.5 seconds a lap quicker than an FIA F3 car, but for half the cost."

Pareja explained that he had decided not to challenge the FIA, despite a long-standing tacit agreement with the governing body to use the F3 name.

It is unclear whether there are loopholes should the FIA's suggestion be made into a ruling.

One get-out could be that British F3 has already announced that cars using FIA-spec engines will be able to compete in an Invitation class.

Another suggestion is that the wording of the championship title could be subtly amended to comply, such as the 'Cooper Tires British Series for Formula 3 cars'.