Ferrari academy racer Lance Stroll says he has calmed down and learned from his mistakes, after recording his maiden European Formula 3 Championship podium finish at the Red Bull Ring

After a brief fight with Antonio Giovinazzi in the early laps, Stroll soaked up race-long pressure from fellow rookie Charles Leclerc in the second F3 race of the weekend in Austria.

The Prema Powerteam racer was involved in a violent accident with Giovinazzi in the second race of the Monza round, rolling his car.

The Canadian raced under appeal in the third race of the Monza weekend, only to be from the results after Prema withdrew its appeal.

Stroll was then banned from the a fortnight later after clashing with Felix Rosenqvist and Mikkel Jensen while battling for the race two lead, but says he has worked to calm his approach since then.

"The season started off quite well for a rookie," said Stroll.

"After Pau, starting at Monza, we had a bit of a downhill [run].

"Expectations started to get a bit higher. We saw we could maybe win a race and got a bit excited too quickly.

"Starting in Norisring I think I've calmed down a bit. 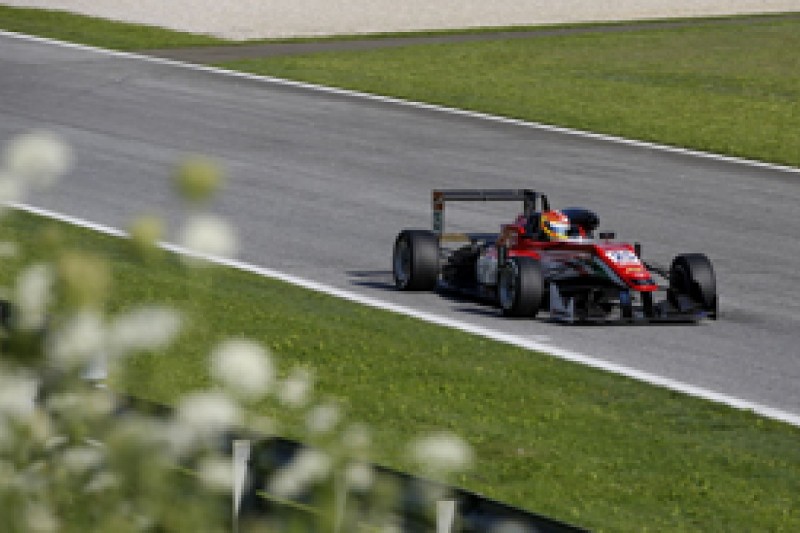 "I've learned from my mistakes and have come back stronger, getting some rookie wins and to finally capitalise with a podium, it's a great feeling."

Prema Powerteam manger Rene Rosin says the Italian squad and Ferrari sat down with Stroll to help the Canadian change his approach.

"He's got a bit of pressure to show what he is capable of," Rosin told AUTOSPORT.

"After the accident at Monza we had a long chat with him, and with Ferrari, saying he just needs to calm down.

"Even at Spa, before the accident, he was showing well.

"At the Norisring he was consistently in the top five, top six, in Zandvoort too.

"We always saw his potential. He was able to show us at the last few races what he is really capable of doing.

"In the last six races he has been the best rookie five times, at Zandvoort and in Spielberg."

While Stroll's Prema team-mates Jake Dennis and Rosenqvist recorded a one-two in the opening race of the weekend, Brandon Maisano came home 26th in the squad's fourth car.

The Frenchman, who has raced with Prema since 2012, quit the team with immediate effect.

"It was an agreement, as declared in the press release, to stop racing," Rosin confirmed.

"Brandon decided to stop racing because he didn't have the motivation to race for 15th or 16th position anymore.

"It was not our decision. It was a decision made on performance."