Dennis Hauger stole pole position from David Schumacher in the final moments of FIA Formula 3 qualifying at Zandvoort, taking the front spot for the third time this season.

The championship leader pipped the Trident driver to the top spot by just over one-tenth, denying the German his first pole position in the series.

It came after the Prema Racing driver, who is 25 points ahead in the drivers standings, had a difficult weekend in Spa last weekend qualifying just 14th.

Victor Martins will line up third for Sunday’s feature race for MP Motorsport at the team’s home race, while Trident’s Jack Doohan, who is second in the standings, starts fourth.

After a 10-minute delay to the start of the session, Alexander Smolyar was first to set a quick lap for ART Grand Prix, with Doohan taking an early advantage with a 1m25.630s.

Amaury Cordeel, Frederik Vesti, Victor Martins and Rafael Villagomez also set times in the 1m25s, with Hauger knocking Doohan from the top of the timesheet with a 1m25.167s.

With ten minutes down, Schumacher put himself up into second with Hitech’s Ayuma Iwasa making it into third, just two-tenths behind leader Hauger.

Jak Crawford took a long trip off the road at Turn 9, running across the grass before managing to rejoin the track. Minutes later, he redeemed himself by moving up to third place. 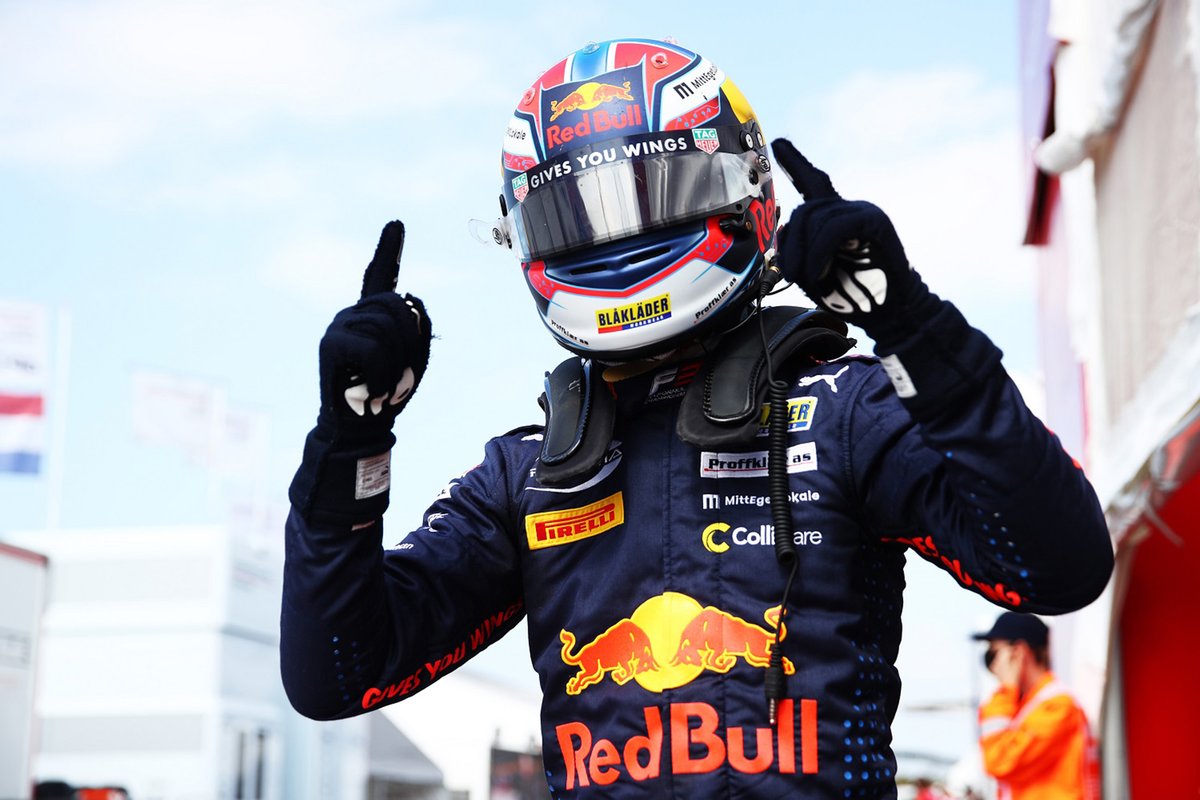 Villagomez then failed to stop for the weighbridge and picked up a pitlane start penalty for races one and three.

The HWA Racelab driver was placed under investigation for the incident and later received the penalty, demoting him from 13th - his best qualifying result to date.

He had been ordered to visit the weighbridge by the technical delegate but instead returned to his pit area, where his team began work on the car.

The session was red-flagged with just over four minutes to go after Hunter Yeany spun at Turn 2 and came to a stop on track at Turn 3 in his Charouz car.

He managed to get the car restarted but interrupted the final flurry of fast laps, forcing drivers to return to the pits.

With only four minutes remaining on the clock when the session resumed a flurry of drivers improved on their previous times, including Doohan and Novalak, before Hauger took the top spot in the final 30 seconds.

Cordeel will start on pole for Saturday morning’s reverse-grid sprint race, with Logan Sargeant in second and Arthur Leclerc in third. Iwasa will line up fourth, with Alexander Smolyar in fifth and Crawford in sixth.

F3 Zandvoort: Leclerc holds off Sargeant for second win of the season