The F3 paddock has descended on the Ricardo Tormo Circuit near Valencia this week for a three-day post-season test as part of preparations for the 2022 campaign, with a host of fresh-faced and returning talent taking to the track.

The day was split into two sessions, with Prema’s Crawford leading the times from ART new boy Saucy – the newly-crowned Formula Regional champion.

Crawford led the morning with a 1m21.268s, which wouldn’t go bettered in the second half of the day.

In the afternoon session, Caio Collet occupied top spot for a good while in his MP Motorsport car and was the first to break into the 1m21s in that session.

Top spot changed hands a number of times in the closing stages of the afternoon session, which came to an end at 5pm local time.

It would be Collet’s fellow MP Motorsport driver Colapinto who would see out day two fastest in the afternoon, but was ninth overall with a 1m21.759s. 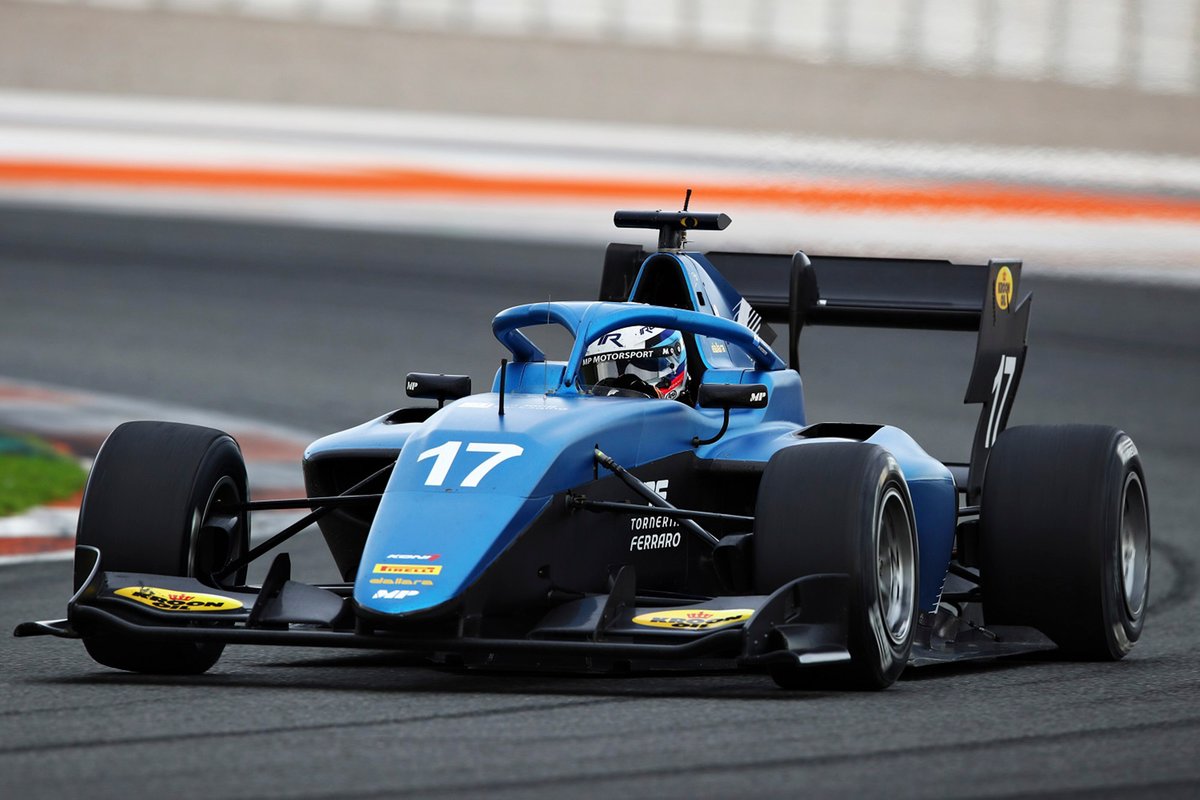 Enjoying a busy 2021 campaign, taking in campaigns in Formula Regional, the Asian and European Le Mans series – finishing third in the former – with G-Drive, as well as a Le Mans outing in LMP2, Colapinto led Tuesday’s running with a 1m21.759s.

Saucy was second in both sessions, but was faster in the morning with a 1m21.447s from Trident’s Roman Stanek and Collet.

Monday pacesetter Jack Doohan – son of five-time MotoGP world champion Mick Doohan – was 29th in the afternoon for Van Amersfoort Racing, but was fifth overall from Oliver Bearman in the Prema-run car.

Veteran Dutch outfit VAR take over HWA Racelab’s grid slots for the 2022 F3 season, with 2021 runner-up Doohan joining the squad for testing from Trident alongside Reece Ushijima and Rafael Villagomez.

Mercedes junior Paul Aron took over from Arthur Leclerc at Prema, the Estonian – who was third in the Italian F4 Championship and in FREC this year – and completed the day with a 1m22.331s.

Enzo Trulli - son of F1 race winner Jarno - and William Alatalo took over for the second day at Jenzer from Roberto Faria and Filip Ugran.

Ugran replaced Oliver Rasmussen - who drove for ART on day two - at Charouz, while Nicola Marinangeli took over for Lorenzo Colombo at the Czech squad.