Kvyat is now just three points behind as a result of the four bonus points for pole.

Regalia, whose struggle for grip was clear as he slid onto the run-off during one of his early runs, made a rear suspension change for his second effort on fresh tyres but to little avail.

Carlin's Nick Yelloly will start alongside Kvyat on the front row, with another title contender, Kevin Korjus, in third.

Korjus showed great pace through the opening two sectors, but appeared to struggle in the switchback section around the hotel.

Alexander Sims continued to perform well in his continued late-season cameo with Carlin and starts fourth, ahead of championship outsider Jack Harvey of ART.

Carlos Sainz Jr qualified sixth, salvaging a decent starting position as his best time was disallowed for what video replays suggested was a very marginal track-limits call at the final corner. 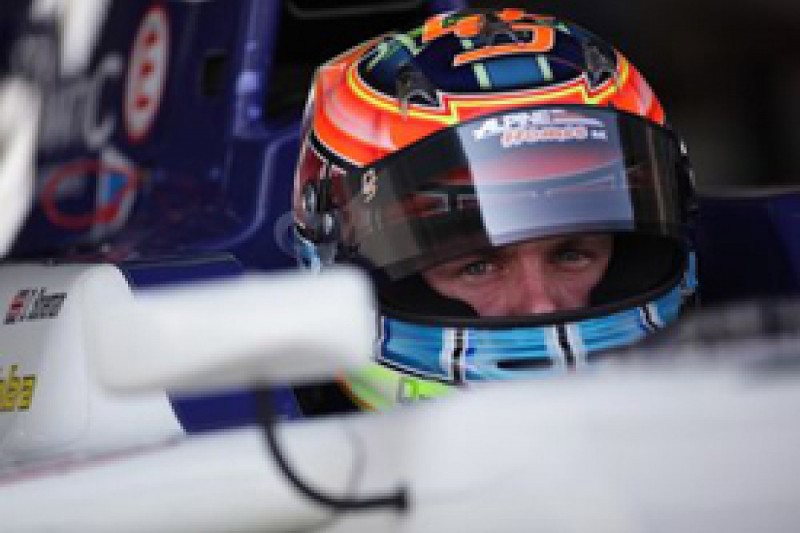 Conor Daly, who is fourth in points, starts seventh, ahead of Patric Niederhauser and series debutant Dean Stoneman (pictured), who qualified an impressive ninth for his international single-seater return.

The last of the title contenders, Tio Ellinas, who led the series for the first part of the season, will start 12th.

None of the top six were eliminated from the title fight as a result of missing out on the four points for pole, but there will certainly be casualties in Saturday evening's race, the first-ever main series night race for either GP3 or GP2.