Jaguar Racing recruit Sam Bird reckons Formula E should install barriers for its first race on a permanent circuit at Valencia to stop drivers "taking the mickey" over track limits.

The Circuit Ricardo Tormo, site of pre-season testing for the past four years, has been added to the 2020-21 FE season calendar to host the first-ever Spanish E-Prix on 24 April.

Should the Rome E-Prix go ahead as planned on a new track layout on 10 April and not require the Vallelunga circuit, which is on standby as a reserve, Valencia would mark the championship's first race on a bona fide permanent circuit - with Marrakech classed as a temporary venue and much of the Mexico City configuration revised for FE.

Although FE championship officials assessed a variety of Valencia circuit layouts at the most recent pre-season test should the track be required, a final route has not been released.

Bird reckoned the lap would need barriers to reduce track limit violations, which have been an issue at the circuit despite the FIA introducing some corner restrictions for testing last year.

He told Autosport: "I'd be interested to see if they're going to kind of create barriers.

"We've seen the last three or four years in pre-season [testing], [Valencia] is not a waste of time, but it's as close to being a waste of time as possible.

"With barely any track limits, I know they tried to enforce them last year, but still people were taking the mickey.

"To be honest, I'd like them to take barriers there.

"Then we'd really have to adhere to track limits. That would make it quite interesting." 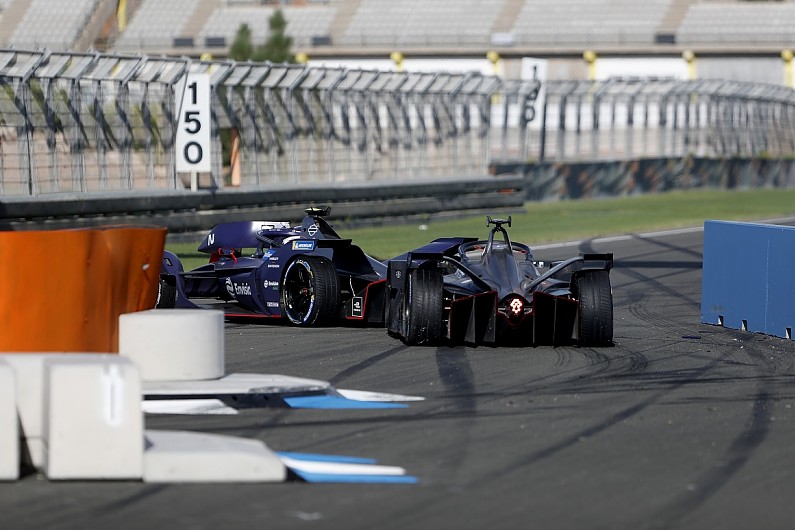 But the former Dragon and Mahindra driver reckoned modifications to Valencia were required to make it better mimic a more typical FE venue.

D'Ambrosio told Autosport: "The modifications need to be made to make it more Formula E-ish - make it more exciting for Formula E cars and our championship.

"Valencia is not an easy one. It probably will be the most challenging one to make it more like Formula E DNA.

"It's not ideal but we're all trying to get the best calendar. With a few tweaks, they can make it work.

"We just have to make sure that a few elements are taken into consideration. It won't be an easy one to make it look like Rome or Mexico."

Teams are expected to receive the final Valencia layout only a couple of weeks ahead of the race.