McLaren Racing boss Zak Brown says the introduction of a cost cap in Formula E is "mandatory" if the team is to take up its option to join the championship.

Last month, McLaren signed an agreement that gives it the option to join FE for the advent of the lighter and faster Gen3 cars that will come into play in 2022.

This ensures the squad will be offered an entry due to the space made when both Audi and BMW quit at the end of the imminent 2021 season.

McLaren will conduct an evaluation to see whether FE is feasible, with Brown saying that the likelihood of being competitive, fitting in with the McLaren Group's brand and the commercial viability are the main areas of focus.

Brown told Autosport the team needed assurance that spending restrictions will be imposed.

He said: "The cost cap is mandatory for us, because as a racing team/manufacturer, we don't have the depth of resources of a BMW or Mercedes or a Porsche, where if we budget X, and because people keep raising the bar, the price becomes Y.

"What I don't have is the ability to just go back and say 'ah, I need another £15million'.

"We need to have total confidence that we can afford to race for the championship, and that those goalposts aren't going to move on us. 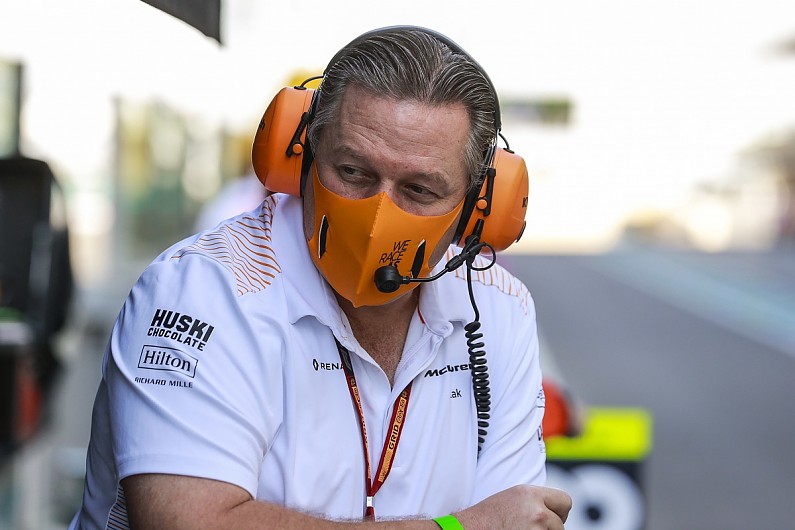 FE boss Jamie Reigle told Autosport last month that a cost cap was among his "top one or two" priorities, having opened formal discussions with current teams in April.

Brown added that Audi and BMW's departure removed the need to buy out an existing team franchise holder, which would have been a "barrier to entry".

He told Autosport" "[FE] was something that has always been on the solar system page, if you like.

"But then with the announcement of Audi and BMW leaving, because they were sold out of franchises, the only way to enter would have been to acquire an existing team.

"They're trading for not an insignificant amount of money, which would probably be a barrier to entry for us.

"When the opportunity presented itself to acquire an option, that's why we moved.

"When that happened, we were a quick call for him to say, 'you've been telling me you have an interest in Formula E, this has just happened which presents an opportunity'.

"We jumped on it to reserve our spot to then give us this year to hopefully get through COVID, have another solid year of Formula 1, because while we're on a good journey, nobody is comfortable yet."