Extreme E has added a race in the Argentinian region of Tierra del Fuego to its inaugural 2021 calendar to replace Nepal, while a March start date has been confirmed.

The all-electric off-road SUV racing championship has retained a five-round schedule for its debut season as originally planned, but multiple changes were revealed during Tuesday's global launch streamed on YouTube.

XE founder Alejandro Agag told Autosport last month he anticipated a delayed start to the season, which was set to commence with a Senegal event across 23-24 January, amid the renewed COVID-19 threat.

He has now confirmed that Sharaan in Saudi Arabia will host the first X-Prix, pushing back the start of the campaign to 20-21 March, while Senegal moves to a revised 29-30 May date.

Nepal has fallen off the calendar, though, having been slated to stage a round in the Himalayan location of Mustang District over 14-15 May.

According to an XE statement, the cancellation of the race was on the grounds of the "complexity of getting to the proposed race region in Nepal".

However, XE organisers are "committed" to adding Nepal to a future calendar.

In its place, an event in Argentina has been added for 11-12 December to become the season finale instead of Santarem in Brazil - itself moving forward a week to 23-24 October. 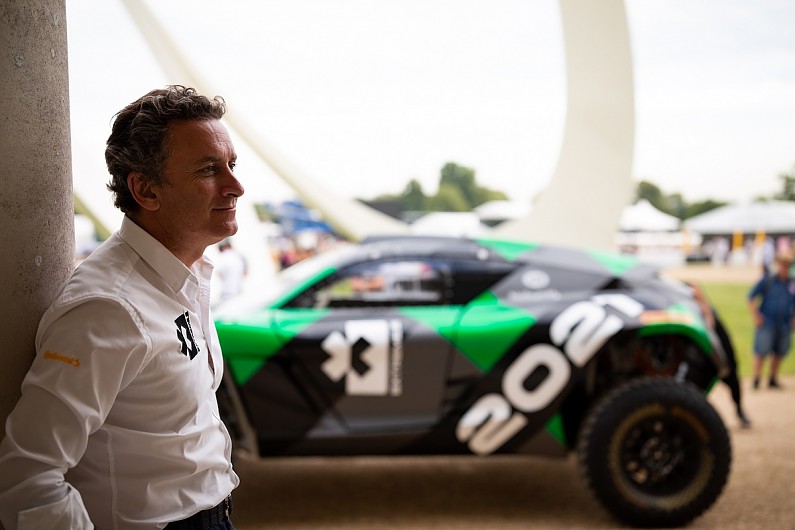 Tierra del Fuego forms the most southern part of the tip of South America, with its town of Ushuaia in Patagonia commonly referred to as 'the end of the world'.

The region is renowned for its glaciers, but they are in a state of recession due to climate change and ice thinning.

XE's scientific committee has selected and assessed each location to ensure the championship is racing in already damaged environments to minimise the effect on the local landscape.

Agag said: "We are delighted to confirm that Patagonia in Argentina will feature in our season one calendar, and it will certainly make an incredible race experience for teams and viewers alike.

"However, of course there is a far more serious reason why Extreme E has chosen to visit Tierra del Fuego.

"Glacial retreat is one of the devastating effects of the global climate crisis, and unless we act now these incredible places will no longer exist."