With two podiums from six rounds, he currently ranks fourth in the 2020 standings.

He will partner Red Bull-backed Munnings into the two-driver Andretti United Autosports line-up.

A European Rally Championship regular, the 22-year-old Briton made her WRC debut in this season's Rally Sweden in a Ford Fiesta R2, ranking 14th out of 16 JWRC entries.

The Andretti Autosports squad - headed by 1991 CART champion and 1993 McLaren Formula 1 driver Michael Andretti - has entered a technical partnership with the Zak Brown-owned United Autosports for its XE campaign.

"To see the victory in Le Mans for United [LMP2 class, earlier this month] was huge and not to mention all the success Andretti has had over the years.

"I have huge respect for the team and I'm very honoured they have chosen me to drive the car for them and I promise to do all I can to work within this team and to find my place and ultimately to do my thing behind the wheel." 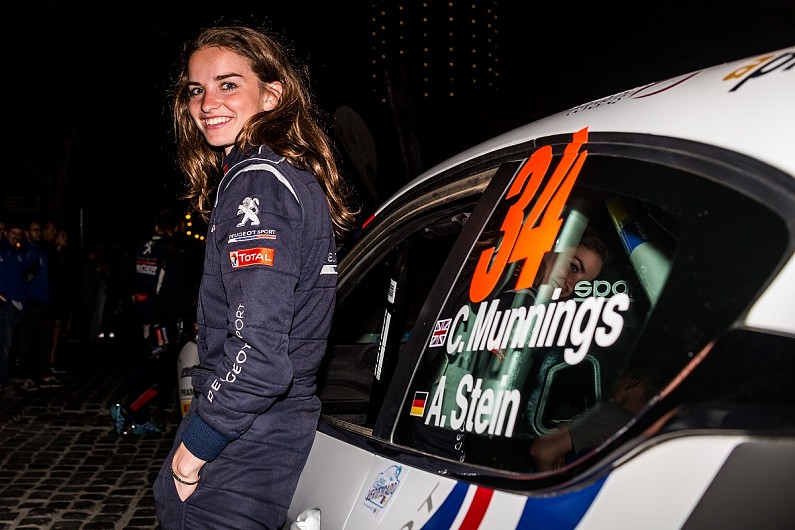 Munnings added: "I was really excited when I heard about Extreme E, I just knew I had to be part of it.

"I think the way that the male and female drivers are shown in the same light is important.

"To have the same credibility and to be held accountable in the same role as a male driver is great and I'm really excited about being judged purely on pace.

"This is a positive step forwards for motorsport."

Elsewhere, double DTM champion and 2016 World RX title winner Mattias Ekstrom has been confirmed at the Cupra manufacturer-supported Abt squad for the inaugural 2021 campaign of the all-electric off-road SUV racing championship.

The only other team to reveal its driver pairing is Chip Ganassi Racing, who will enter Stadium Super Truck racer Sara Price and Kyle Leduc, the most successful ever Pro-4 Short Course competitor with 101 victories and six championships.

Price became the first female driver to be signed by CGR in the 30-year history of the IndyCar and NASCAR Cup squad.