Mitch Evans "would love to know" the cause behind Jaguar's loss of race pace after he failed to score a point in the first two Berlin Formula E races.

Audi driver Lucas di Grassi said Jaguar and DS Techeetah "were on a different planet" when Evans dominated to win in Mexico City and then recovered from last to sixth in Marrakech.

Meanwhile, Evans has slipped to fourth - behind di Grassi and Mercedes' Stoffel Vandoorne - after a 13th and 12th-place finish in the opening two E-Prix in the German capital.

When Autosport asked what had happened to the team's strong race pace, Evans said: "I would love to know. We're all a bit confused.

"We've done so much work over the past few months and I'd love to know.

"We're not too sure right now. We're all a bit lost.

"The guys are going be working their hearts out and they have [been doing]."

Evans also suffered in qualifying trim for the second race, ending the group one qualifying run last of the six competitors and 0.725s off da Costa. 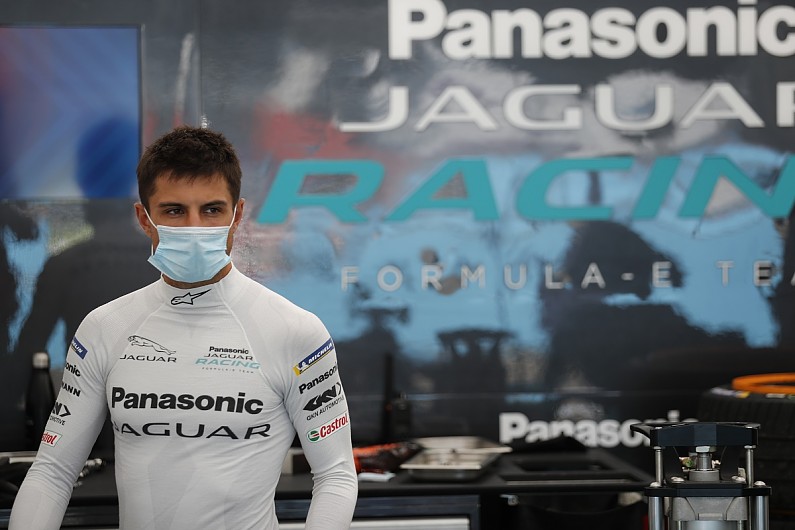 After the remaining three groups set their laps, Evans started down in 16th and his three-place recovery followed retirements for Nyck de Vries, Maximilian Guenther and Jerome D'Ambrosio, who all started ahead.

Evans added: "We came [to Berlin] with really high expectations and had really good prep.

"But for some reason, it's not transformed onto the track.

"We're all really disappointed so far and we'll do all we can to try and turn things around.

"At the moment it's not looking good."

PLUS: How Formula E's open title fight was defused in two races

Team-mate James Calado did report on Friday that he had been suffering with extensive car balance issues, adding that his feedback had been similar to Evans' over handling.

Both drivers also reckoned the I-Type 4 had lost its wide operating window that made it respond well to set-up changes in the earlier part of the season.

Jaguar team director James Barclay said in a select press conference: "What we are seeing is that we don't think it's a fundamental issue.

"The package we had was good enough to win races and be in superpole in the opening events.

"From that perspective, the step isn't quite so big.

"We have a belief what we think the issue is from the analysis of the [Thursday] race. We think we have a handle on what it might be."