Formula E's return after the coronavirus sporting hiatus has forced drivers and teams to prepare for a brutal six-race schedule.

Shakedown, practice, qualifying and E-Prix included, by the time the chequered flag waves to conclude the 2019-20 season, there will have been some 22 on-track sessions in just nine days.

New Mahindra Racing recruit Alex Lynn, for example, has also spent an additional seven days plying his trade in the simulator to prepare - including getting to learn the reversed layout of the Tempelhof Airport, the first time any international motorsport series has ever raced on a 'backwards' circuit.

As Autosport reported, the expected knock-on effect of this rapid turnaround - which will force all race staff to burn the candle at both ends - will be a spike in the number of "human errors" as fatigue begins to set in.

Hoping to mitigate that risk wherever possible, it's pushed teams to thoroughly strip and rebuild their cars after they returned from an extended period locked up at the pre-season testing track in Valencia - where they sat dormant since being freighted from the most recent race in Marrakech.

"We were worried about the condition the cars would return in," says NIO 333 team principal Christian Silk.

"We were expecting after Marrakesh to do a major service anyway. We really made sure we pulled the car to pieces and checked them fully over and put them all back together again.

"We didn't find any major problems; in fact they were pretty good. We fortunately knew they might be in storage for some time so we took special precautions before we boxed them up in Marrakech.

"Because the races are so close together in Germany, we have had little time to react to any problems. We spent a bit more time preparing and building the cars just make sure they're in the best possible shape. 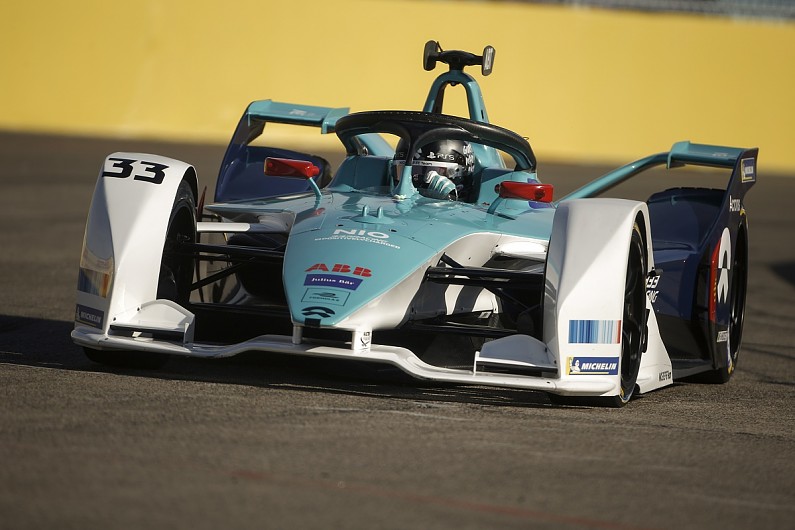 PLUS: The magnificent seven set to contest FE's title showdown

"We're going to have to be on the front foot out there the whole time. We can't afford to have problems.

"We've taken more time over our preparation than maybe we would normally do. You just triple check rather than double checking everything."

Clumsy driver shunts are also likely to be more frequent come the final double-header on 12/13 August as energy and concentration levels begin to wane.

As such, teams have also had to transport a stockpile of spares - carbonfibre tubs, springs, dampers, brakes and so on.

The hope is, if there are heavy crashes, their drivers will still be able to contest all the races and secure vital points.

"You do have to cover yourselves," adds Silk.

"I'm sure all the teams are saying the same thing. There's very little reaction time between one race and the next.

"It's always a bit difficult in Formula E. Unlike other formulae, the cars don't come back to England between races.

"The freight goes out, and you might not see it for four or five months. You always pack a little bit like that.

"But for Tempelhof, there's very little time between races one, two, three and four, so you've almost got a quadruple header effectively, which means we've had to take out more spares."

Given there's 180 points available across the Berlin season finale "festival" - by way of context, points leader Antonio Felix da Costa has 67 and his DS Techeetah team, topping the constructors' standings, is on 98 - ensuring the cars are as well-prepared as possible and that there's a sufficient number of replacement parts is critical.