The Extreme E all-electric off road racing series will introduce a 'hyperboost' reward for drivers who complete the longest jump at the start of each race.

The known format for XE so far includes knockout stages and a final, where drivers must navigate between four and six gates on a 6.2-mile (10km) stage.

Eight teams are expected to complete - with five already announced - and each will enter a two-person team made up of a male and female driver.

But series founder and CEO Alejandro Agag has now said that four cars will race alongside each other and the circuit will feature a jump close to the start line.

"We have to do a lot things for the fan engagement," Agag told 2016 Formula 1 champion Nico Rosberg during an interview broadcast on YouTube.

"For example, we're going to have this thing called 'hyperboost' and it's going to be for the one who does the longest jump in the beginning.

"The races are going to have four cars at the same time. 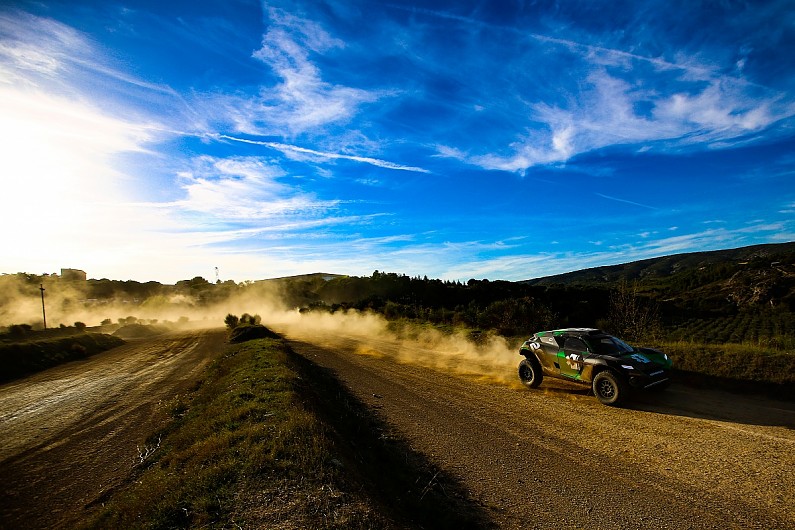 "The four cars are going to go and then they jump and whoever jumps longer will go faster."

As revealed by Autosport in 2018, hyperboost was the working title for FE's attack mode - where drivers can access a higher power level if they run through an activation zone.

Agag also said that XE would use augmented reality in its broadcast of the races to improve the fan experience while also minimising the environmental impact.

He said: "What we're working on now is in making the race look almost like a videogame, like you're watching the movie 'Tron'.

"You will have all these virtual reality and augmented reality elements in the broadcasting.

"When you see the car you will have all this stuff that you will see in the screen - numbers, lines and arrows.

"Most of the advertising will be virtual also.

"We're not going to put a sign in the middle of the rainforest.

"It's going to be integrated with the dunes or the sea or the ice."

For the first time, Agag also admitted that the maiden XE event in Senegal (23/24 January) might be delayed for four to six weeks "to give us a little bit more of a buffer on the logistics".

This follows production of the ODYSSEY 21 cars being halted due to a temporary factory closure, which means teams will take delivery of the 550bhp machines a month later than expected.