© 2020 Autosport.  All rights reserved.
Previous / FE set to suspend season for two months
Next / FE season put on hold due to coronavirus pandemic

Formula E champions Jean-Eric Vergne and Lucas di Grassi reckon the series should partially ban in-car radio to reduce how much drivers rely on their engineers to manage a race.

Drivers most notably receive information relating to useable energy levels and saving, when to activate attack mode and when to switch settings and maps during an E-Prix.

FE uploads a video compilation to YouTube of the best radio messages after each race, which led Antonio Felix da Costa to defend his tirade against team-mate Vergne during the Santiago E-Prix.

When asked by Autosport if drivers felt radio communications should remain private and not be available online, defending champion Vergne praised the openness in FE.

"I think it's great for the fans to see the reaction of the drivers because we are not robots," he said.

"We all react sometimes in the heat of the moment.

"Sometimes we regret to say some things on the radio.

"I've said some things in the past when I think I should have kept my tongue in my pocket."

But the DS Techeetah driver added that he would like FE to move towards clamping down on the high levels of radio chatter during a race to give drivers more of a challenge.

He added: "I would love to cut the communication with the engineers.

"I think if we could leave the drivers doing what we can do and not be piloted by the engineers.

"It would be amazing to just leave us to drive and let the engineer do their job before the race." 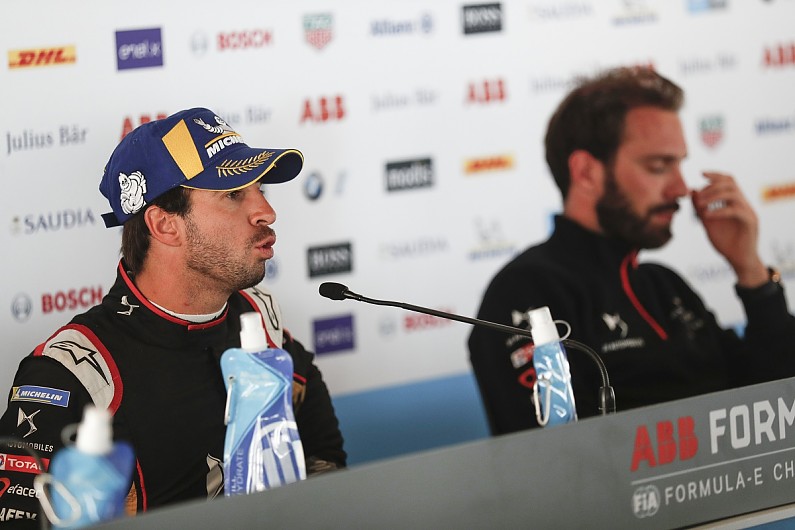 But Vergne also reckoned that FE would be reluctant to move in this direction owing the pressure that would come from the major car manufacturers.

"I don't know if one day it will happen because the big teams obviously want to control as many things as possible.

"But I would love to see the driver having more of an impact in the race rather than the engineers and all the software and everything we have at the moment."

Audi driver di Grassi sided with Vergne, saying that limited in-race radio would in fact allow the teams to channel more into developing their software.

"It should be only the driver in charge for swapping positions and this and that.

"To cut the radio communication with the team, I think it's a good thing.

"Have a one-way communication [from] driver to team in case there's a problem, or race director to driver, but not defining the strategy and changing the race.

"Let the driver do their job.

"[Limited radio] will create complexity on the software that we have.

"There will be other forms of getting it done."