New Formula E CEO Jaime Reigle says races in Japan and Brazil are among the "big objective" new markets into which the electric championship should expand.

FE has been interested in holding events in these countries since its inception, with a Rio de Janeiro race even briefly appearing on its inaugural calendar, before Sao Paulo was included on the 2017/18 schedule until it was dropped because of problems encountered by city authorities.

Tokyo and Yokohama have also been linked with possible FE races, but Reigle's predecessor - FE founder Alejandro Agag - previously stated that holding a street race in Japan is very complicated because "the police are very restrictive".

Reigle, the ex-Manchester United and Los Angeles Rams executive who took over as FE CEO last month, highlighted those countries when asked if he had any locations in mind for where the championship should hold future new races.

"My first conversations with various members of the board before I started [occurred] in the late winter [2018] and early spring, and since then we have announced Seoul, Jakarta, and London, of course, was in the works," he told Autosport.

"So we're already getting into some really interesting markets.

"I don't want to make a bold statement about specific countries that we're definitely going to be in next season type of thing, but I mean Japan is a huge automotive market - it would be a big objective of ours to try to figure out how to be in that market.

"On the other hand, you've got Brazil, which is a huge market for vehicles and then also has a motorsport heritage. And so, that's pretty interesting.

"If you listen to our ecosystem - our commercial partners and obviously the OEMs [are interested in] the United States. 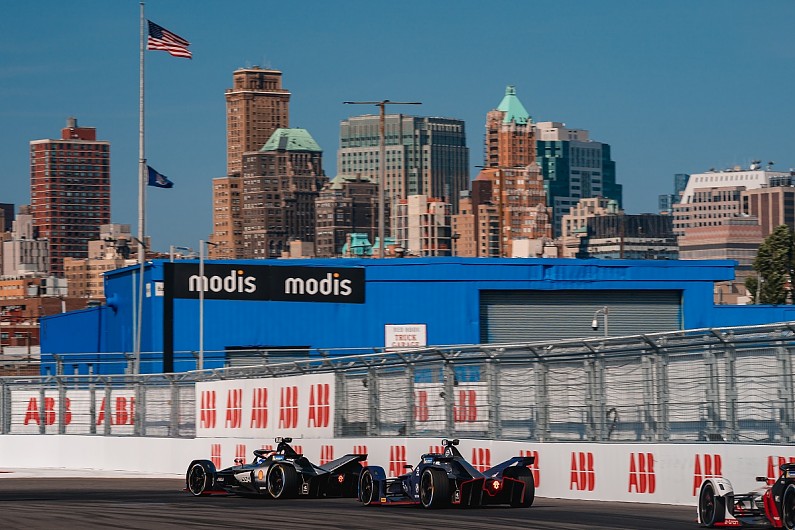 "We're in New York but, and I don't have the stats, I think California's probably the largest car market in the world in terms of geographic concentration and spend.

"And then obviously mainland China. Those are kind of the big ones."

But Reigle stressed that moving into these new territories would not be "a case of being able to add all of those next year", as FE "already has 14 races in 12 cities".

"But as we're working on our business development initiatives and listening to our partners in the ecosystem those are kind of the factors we take into account and those markets all make a tonne of sense," he added.

"Which one happens next, we'll see."

Nissan motorsport boss Michael Carcamo said a home race would "definitely be a dream" but explained that "they have a lot going on with the Rugby World Cup, with the [2020 Tokyo] Olympics, so it's hard to find the space, time and resources within the actual government to make it happen".

"There's a good discussion between Nissan and the local executives in Yokohama in particular, as well as Tokyo, and with Formula E," Carcamo continued to Autosport.

"So there's an active push by everyone, I'm sure everyone would want to see it."