New Formula E CEO Jamie Reigle says the electric championship could reintroduce pitstops along with a "big" potential idea to have fast-charging as a focus on its Gen3 car.

Pitstops have not been mandatory in FE since the introduction of the Gen2 car - which was designed to ease fears over electric vehicle range anxiety - for the 2018/19 season.

That car will be used for four campaigns to the end of the 2021/22 season, as revealed by Autosport, while also undergoing a facelift at the end of the upcoming 2019/20 championship to a 'Gen2.5' bodykit.

The teams and manufacturers, as well as the FIA and FE, are already involved in discussions over the nature of the Gen3 car - with all-wheel drive, revised battery shapes, torque vectoring and higher overall power levels among suggested ideas.

Reigle, the ex-Manchester United and Los Angeles Rams executive who took over as FE CEO from championship co-founder Alejandro Agag last month, explained that fast-charging could be an important area for FE to pursue with the Gen3 car as part of its stated mission to further the adoption of electric road cars.

"I used to joke that when I was at United, Sir Alex [Ferguson] didn't ask me who we should buy for our new left back or whatever, so my views on the direction of automotive technology I refer to my team and the FIA and the OEMs," Reigle told Autosport.

"But the important theme is that we're developing technology to advance the adoption of EVs, and that's kind of the core principal.

"Gen1 was all about evidencing that electric vehicles are viable, can race, can compete and that was delivered. 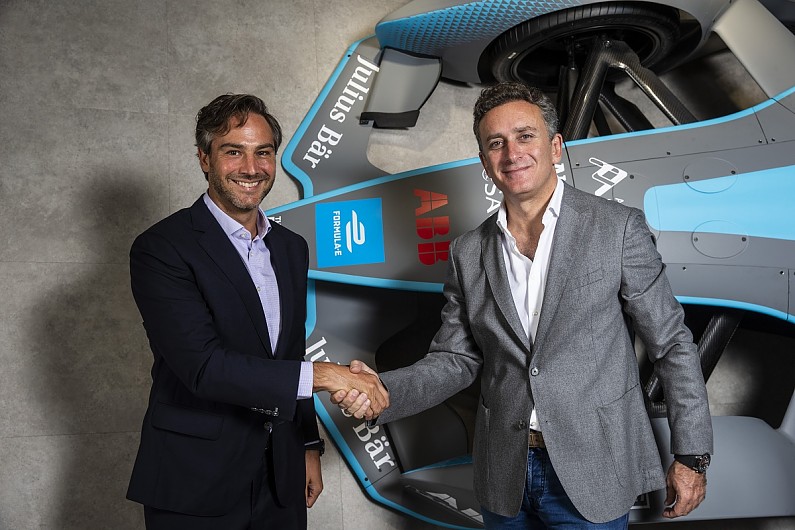 "Gen2 was all about demonstrating battery longevity - we could have consumer inhibitors to EV adoption, you might worry about range, so we designed a set of products, a generation car to help address that issue.

"From what I hear at the time it was like 'well we're not going to have a pitstop then, right?'.

"So the necessity forced innovation in other ways, which lead to attack mode, which changed the strategy of the race.

"To me, that's the beauty of this product - that it continues to evolve.

"So for Gen3, as we think about why might a consumer not adopt an electric vehicle, there's a perception perhaps around charging availability and 'how quickly I can get my car charged?'.

"So that's a theme that the folks who are much smarter than I am are working on - the viability of that.

"Where that gets interesting is then it potentially feeds back into the racing product, which is to say 'OK, well if you can change the speed with which you charge the cars, perhaps you can reintroduce a pitstop'.

"I'm not saying we'll definitely do that but it creates degrees of freedom on the product, which I think is really exciting.

"That's the big one - the theme of rapid charging or fast charging, but I suspect there's going to be other input."

FE's final decision on the make-up of the Gen3 car will be made in conjunction with the FIA.