Formula E will conduct another non-competitive race simulation as part of the 2019/20 Valencia pre-season test.

In the corresponding test at the Circuit Ricardo Tormo last season, FE allocated a dedicated race-length slot to allow the teams to trial the then-new attack mode race format system ahead of the first season of running with the Gen2 car.

It will repeat that exercise this season, with the 45-minutes plus one lap session set to take place at Valencia on Wednesday afternoon.

The race simulation will offer the teams a chance to test the various changes that have been made to FE's sporting regulations for the 2019/20 season.

The attack mode power level has been raised by 10kW to 235kW and drivers are no longer allowed to activate the system during full course yellow or safety car periods.

A set amount of energy will also deducted from each car after in-race interruptions this season - with the exact amount determined by the length of the suspension.

This will be equal to 1kWh per minute for the duration of the caution period. 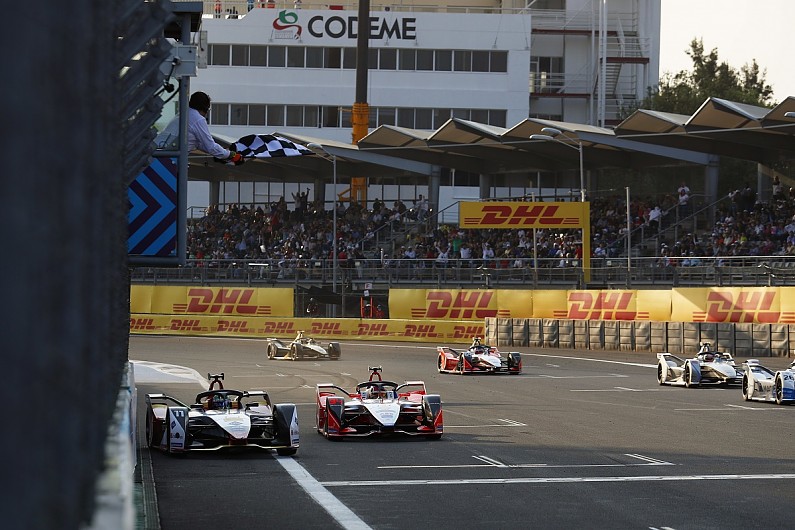 That change has been introduced to reduce flatout races and encourage regular energy management tests, with the aim of having more last-gasp finishes - along the lines of the race in Mexico City where Audi's Lucas di Grassi overtook long-time leader Pascal Wehrlein on the run to the flag - in 2019/20.

Autosport understands the race exercise is set to test all of the sporting changes for the new season.

The attack mode activation zone is in the same place in 2019, to the outside of the track's fifth corner - the left-hand hairpin that is the second corner of its usual configuration.

The 2019 pre-season running is taking place on the same 3.094km track FE used last year, including the tight Turns 1-2-3 chicane that is used to simulate the confines of the championship's regular city-based tracks.